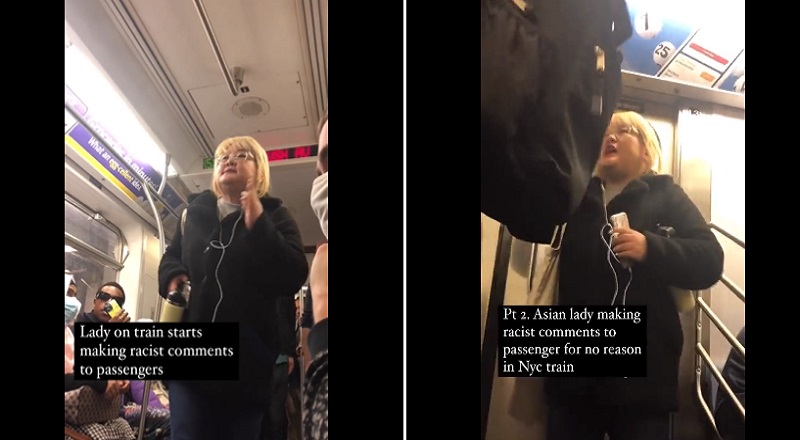 When this video begins, it is not clear what led to this woman talking and acting this way. However, what is clear is that she is the only person acting out of character. As a result, the other passengers on the subway are quiet, while this woman is shouting all kinds of slurs. Even the person she is screaming at only calmly speaks back to her.

An Asian woman was on a subway making all kinds of insulting remarks towards a group of Black people. In the video, only the woman is visible. Apparently, the people she is verbally attacking are the ones that are filming the video. During her tirade, this woman held nothing back about how she truly feels about the Black community.

There are a collection of videos that went viral on Twitter, last night, that show an Asian woman going off on some people. While they are never shown in the video, the woman makes it clear they are Black. She threw a repeated number of cruel insults towards the people. At one point, a man can be heard murmuring back to her. As a result, the woman gets even louder and more cruel with her insults. After that, a man who works for the subway tried to calm her down. From there, she got even worse, cursing at and insulting him, too. The video is available via a search on Twitter.

More in Hip Hop News
LeBron James vents frustrations about the Lakers, saying they can’t shoot a penny into the ocean [VIDEO]
Big Sean unsure of when he’ll release new music, as he prepares to welcome first child, with Jhené Aiko [VIDEO]