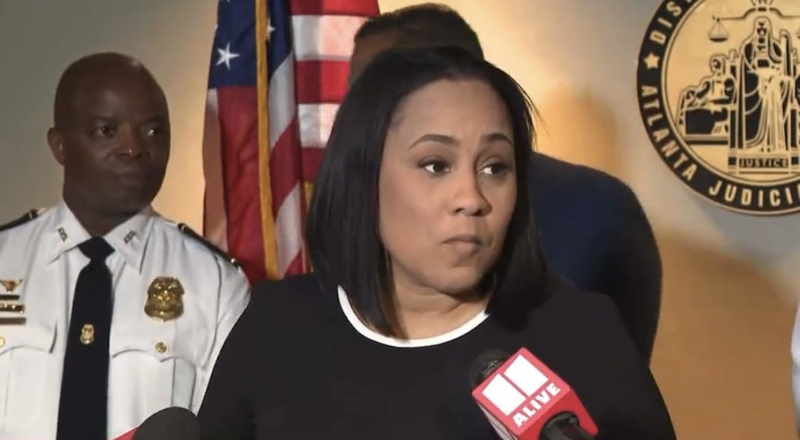 On Monday night, news broke about a massive 88-page, 56-count indictment. Young Thug and Gunna were included in this, along with 26 other people, who are also part of their YSL gang. Therefore, they were all brought in on charges of conspiring to violate the RICO Act, murder, armed robbery , participation in criminal street gang activity. Two of Thug’s YSL associates also allegedly seeked permission from Thug, to make a second attempt at murdering YFN Lucci, while in jail.

Also, Thug made his first court appearance this morning, as he and Gunna are still in custody. Thug’s Atlanta home was initially raided, on Monday.

A press conference was also held this afternoon, with Fulton County District Attorney Fani Willis. One reporter in the room has since gone viral, for saying he was surprised that Jack Harlow wasn’t announced in the indictment. However, DA Willis went on to say that the 28 individuals indicted, were who were listed. Obviously, Harlow wasn’t part of it.

Thug’s lawyer spoke on the rapper’s behalf last night to WSB-TV, as he emphasized that Thug didn’t commit any crimes “whatsoever.”

“I’ll tell you the response to any allegation; Mr. Williams committed no crime whatsoever and we will fight to my last drop of blood to clear him.”

Reporter: ‘The indictment’s got Young Thug, and a bunch of other rappers. But there’s one name I was expecting to see, and I didn’t, and that’s Jack Harlow. Can you speak to that?’

“I’ll tell you the response to any allegation; Mr. Williams committed no crime whatsoever and we will fight to my last drop of blood to clear him.”