Home » Hip Hop News » August Alsina claims that Tory Lanez did assault him, after refusing to shake his hand; August confirmed that he didn’t like Tory speaking on Jada Pinkett entanglement, as Tory denies that any assault happened 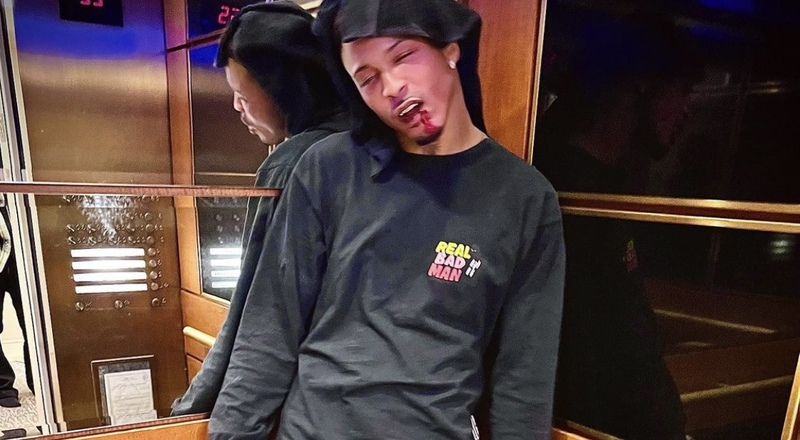 Tory Lanez denies August Alsina’s claim that he assaulted him

In the early hours of Sunday morning, rumors surfaced that Tory Lanez assaulted August Alsina. This was due to August allegedly being disrespectful and not shaking Tory’s hand, over previous comments that Tory made about August’s entanglement with Jada Pinkett. Tory said before that he wouldn’t snitch on Jada, like August did.

No footage went viral of this incident, but both August and Tory are speaking out. August claimed on Instagram, that he was at a venue, when Tory and eight security members approached him, as he was by himself. August called Tory a 4’11 leprechaun, as he had a “broken ego,” over not getting his hand shaken. August’s picture that was posted also showed him with blood, by his mouth.

Therefore, August went on to explain that he didn’t like Tory speaking on his business, in the past. He also claimed that his health condition can’t permit him to shake hands, due to COVID-19 and monkeypox concerns. Tory allegedly went on to sucker punch August, as August also claimed that Tory was high off of cocaine.

August didn’t label this situation as a “fight,” but as assault. He’s also asking that Tory and his associates put the footage of the assault out, so that the truth would come to light.

Tory has since taken to his Instagram stories to deny that this incident ever happened. Based on his account, he was at a recording studio, all night.

Tory Lanez denies August Alsina’s claim that he assaulted him

More in Hip Hop News
Tory Lanez seemingly confirms that he got into a fight with August Alsina, after August didn’t want to shake his hand; August is allegedly salty about Tory saying he wouldn’t snitch on Jada Pinkett’s entanglement, like August did
Post Malone falls on stage, during performance, and lands on his ribs; Still continued concert [VIDEO]