Home » Hip Hop News » Auntie Anne’s manager tells customer to “suck a big D,” after he asks for no salt on his pretzel [VIDEO] 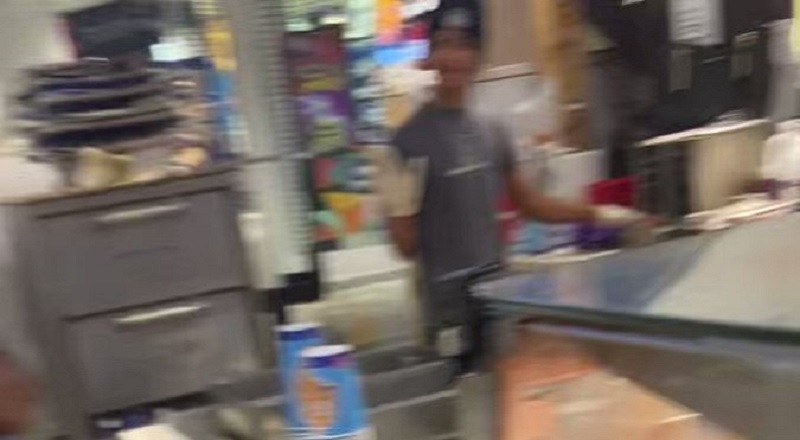 When this man was in the mall, he decided to stop by Auntie Anne’s to get a pretzel. Even as malls are no longer as popular as they used to be, getting a pretzel is still what mallgoers do. Over the years, the mall has lost popularity, as outdoor malls have become commonplace. In addition, the indoor malls have become dangerous. Now, there are customers who have to deal with being cursed out while trying to place their order at Auntie Anne’s.

During the holiday season, workers are on edge in every profession. There are many reasons for this, but most of it stems from being overworked and underpaid. Whatever the case, most professionals understand this has nothing to do with the customers that are being polite. However, there are a large number of rude customers who do set employees off. But this did not appear to be the case with this man who tried to get a pretzel from Auntie Anne’s.

On Twitter, @SFCyricz went to Auntie Anne’s in hopes of just getting a pretzel. Nowadays, it seems that fast food workers mess up orders for the fun of it. So when this man went to place his order, he wanted to make sure it was right. As he was telling the worker how he wanted his pretzel, the conversation became intense. All of a sudden, the worker, who happened to be the store manager, ended up going off on the customer. The conversation ends with the manager telling the man to “suck a big …”

All because I wanted a pretzel 🥨 with no salt 🧂 🤦🏾‍♂️ @AuntieAnnes you guys just make anyone managers now days even ones that deny & threaten paying customers. Video two is loading pic.twitter.com/TtwQIe2c27

More in Hip Hop News
Bad Bunny was most streamed artist globally, on Spotify, in 2022
Gucci Mane wants to sign B.G. to 1017 Records and give him $1 million, as soon as he’s released from prison; B.G. was rumored to be released, this week