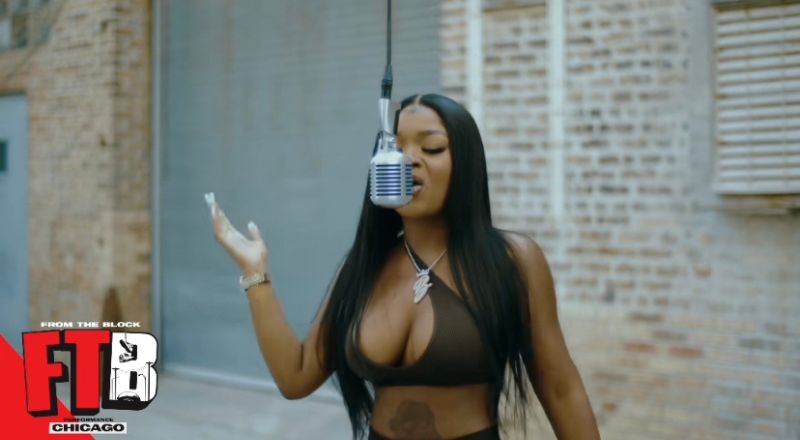 Baha Bank$ is raising the bar for female rappers. Her recent freestyle on Azae’s  From The Block Series 4Shooters Only, shows off her fearless and lethal flow. Performing a raw Set If Off freestyle, Baha Bank$ is quickly becoming the new Queen of Chicago rap. Returning to the platform for the third time, her previous freestyles have all surpassed 100k in views on YouTube.

Baha Bank$ pushes the Chicago rap scene to new heights with a fresh and exciting sound. Making waves in music since 2020, he first single Need Dat gave a mix of sultry and dominant sounds. She followed up with several singles in 2021 including Shake Dat A$$ featuring Chance The Rapper. Baha Bank$ also collaborated with upcoming Chicago rapper DCG Shun on the single Birkin.

Baha Bank$ is redefining the female rap persona. From performing at The Lyrical Lemonade Summer Smash in Chicago to being featured in Chicagomag ,she is a powerful and influential voice for women in music. With 2 million streams on Spotify and a new single Black Barbie on the way, Baha Bank$ is ready to take the rap game over.