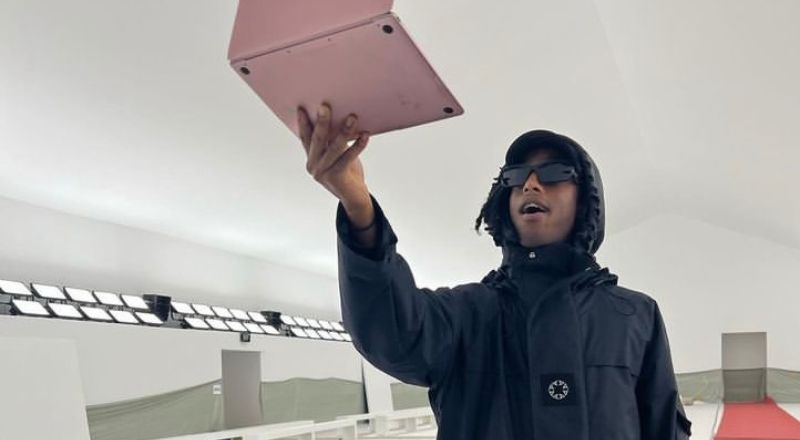 The world of fashion and music are constantly changing, allowing for a unique combination between the two. A new collection from Givenchy hit the runway this past week, with a surprising soundtrack used for the show. British indie-rock artist Bakar previewed new music during the Givenchy Fall/Winter Men’s Ready-to-Wear 2023 show in Paris. Bakar’s unreleased single “Good News” was played during the show, as high fashion models and pieces made their debut. Bakar who worked with French musician Surkin on the new single, reportedly recorded the song just days before the fashion show.

Bakar is making a name for himself, both in his homeland of London and internationally in America. His debut mixtape Bad Kid released in 2018 receiving great reviews, leading up to a sold out tour throughout the United Kingdom. After signing to Black Butter Records in 2019, he released the EP Will You Be My Yellow. The EP further added to his star appeal as the lead single “Hell and Back,” was certified gold in Australia. Although Bakar has dominated streaming services with single and mixtapes, his official debut album Nobody’s Home released in February of 2022.

Taking the concept of a fashion show to new heights, creative director of Givenchy Matthew M. Williams choice of Bakar was a perfect fit. With the new line geared more to the urban market, Bakar’s music added a unique touch to the show.

Continue Reading
You may also like...
Related Topics:Bakar, givenchy, Givenchy 2023

More in Hip Hop News
Yo Gotti and Angela Simmons attend Memphis Grizzlies game together, after recently becoming Instagram official
Woman who was injured in shooting of Takeoff speaks out for first time since incident [VIDEO]