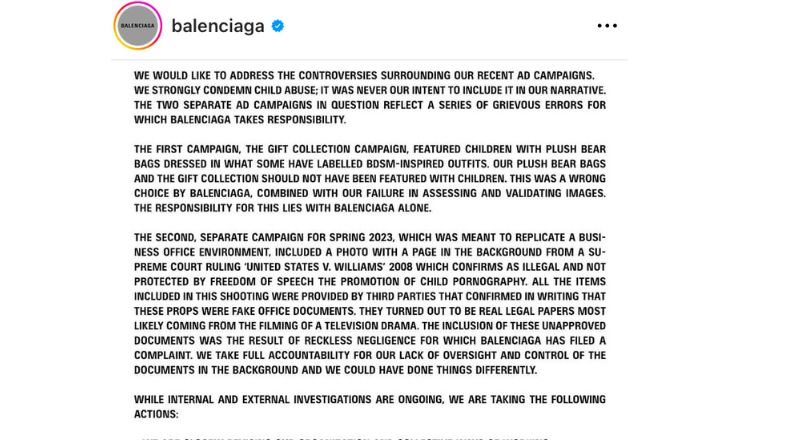 Many high fashion clothing brands use their influence to spread awareness of all sorts. However, in this particular case the particular message is a cause for concern. Balenciaga has a past of releasing questionable clothes and marketing campaigns. Earlier this year the brand released destroyed shoes for around $1,850, with social media referring to them as slave shoes.

In this recent uproar, Balenciaga made the bold decision to have children hold bears wrapped in different types of bondage. In other photos on their website a child is pictured around wine glasses with a bear in bondage present. Social media has called out celebrities in hopes of shutting down the brand. In addition to the brand removing all social media pictures, celebrities like Kim Kardashian claim to still support the brand. In the apology statement, Balenciaga “strongly condemns child abuse…”.