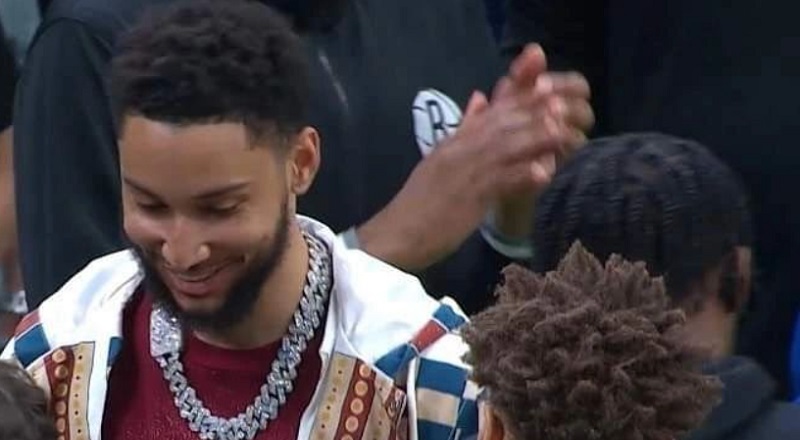 Ben Simmons has been controversial for some time. Last year, Ben Simmons frustrated the Philadelphia 76ers’ organization and the fans. Ben Simmons’ play against the Atlanta Hawks angered fans. Many blamed Ben Simmons for the Sixers blowing that series. As a result, Ben Simmons refused to report for training camp, and sat out the entire regular season. Simmons was traded to the Nets.

Ben Simmons was traded to the Brooklyn Nets, right before the All-Star Game. Since the trade, Ben Simmons has yet to play. Because of this, Ben Simmons is heavily criticized by most NBA fans. This week, it was reported that Ben Simmons will make his season debut in Game 3. But, in Game 2, the Nets blew a late game lead to the Celtics. The Nets head back home to Brooklyn down 2-0. At the end of the game, Ben Simmons was seen laughing, which drew more criticism.

More in Hip Hop News
Archie Eversole reportedly died after getting shot in the jaw by his brother, while asleep, at his home
Brittany Renner has people concerned for her health after IG video; Fans comment that she looks sick