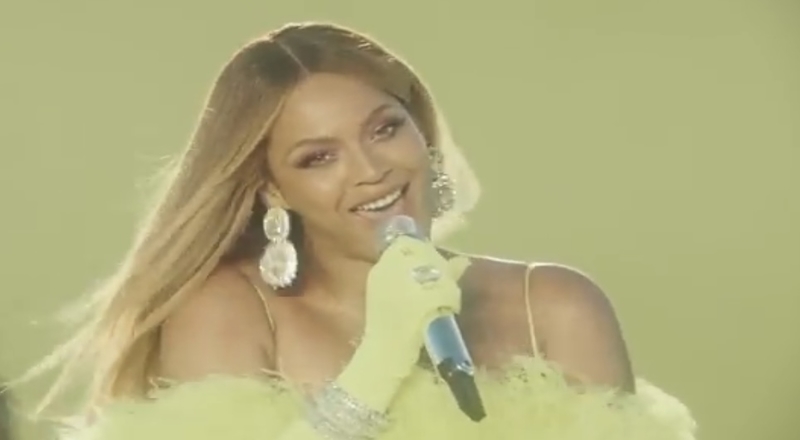 Last week, Beyoncé had the internet buzzing. This was due to he first solo studio album coming, since 2016. This project is titled “Renaissance,” and will be out on July 29. This album is also said to be “Act 1” of it. Beyoncé’s Renaissance announcement came a few days after she teased possible album news, on her website. Those contained cryptic “B7” and “B8” pots.

Now, Beyoncé’s first single from Renaissance appears to be releasing tonight. Beyoncé changed her social media bios to “BREAK MY SOUL AT MIDNIGHT ET.” This has since created even more sky-high anticipation, from fans of Beyoncé. The last single that she put out was “Be Alive” in late 2021, which was featured on the “King Richard” movie soundtrack.

Renaissance will also be Beyoncé’s first solo studio album, since her classic “Lemonade” project, back in the spring of 2016. That was Bey’s sixth straight number one studio album, as every one of her albums have topped the Billboard 200 chart. Renaissance album bundles are available on Bey’s website as well, as these were put out before fans even realized that this may have been an album release.

Check out Beyoncé announcing her upcoming new “Break My Soul” single, below.

Continue Reading
You may also like...
Related Topics:beyonce, break my soul, featured, Renaissance