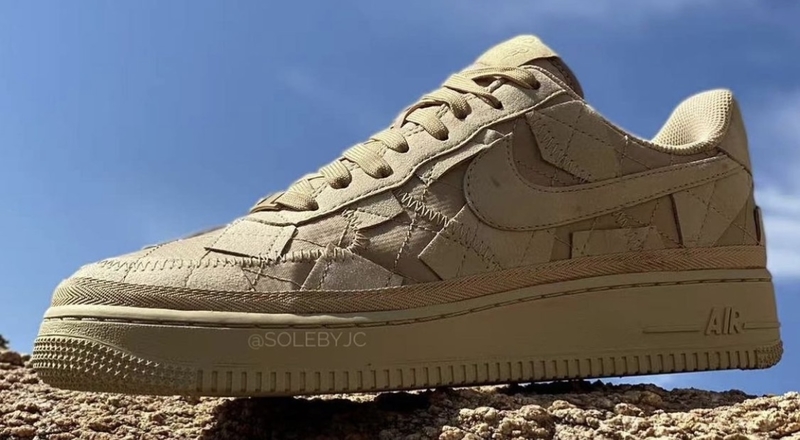 Billie Eilish is still one of the biggest artists in the world, as she is still only 20-years-old. Last summer, she released her sophomore album, “Happier Than Ever,” which became her second straight number one album. Billie is also recently wrapped up her “Happier Than Ever” US Tour. She will continue the world tour, on June 3, in Belfast, Ireland.

In 2021, Billie also began launching her Nike and Jordan Brand sneaker collaborations. In the fall, Billie released her Jordan 1 and 15 sneakers. Both of these were made from recycle materials, and sold out in a hurry.

Now, photos have been unveiled, of the Nike Air Force 1 Low beige sneakers, that Billie will be releasing. As of now, there is no set release date for this sneaker, but it is still very much in high demand, just like Billie’s previous sneaker releases, over the past year.

Check out a closer look at the Billie Eilish Nike Force Force 1 Low sneakers, below.