Home » Hip Hop News » Biracial woman insults her White father, during her speech at his funeral, calling him a “racist,” and says that she won’t miss him [VIDEO] 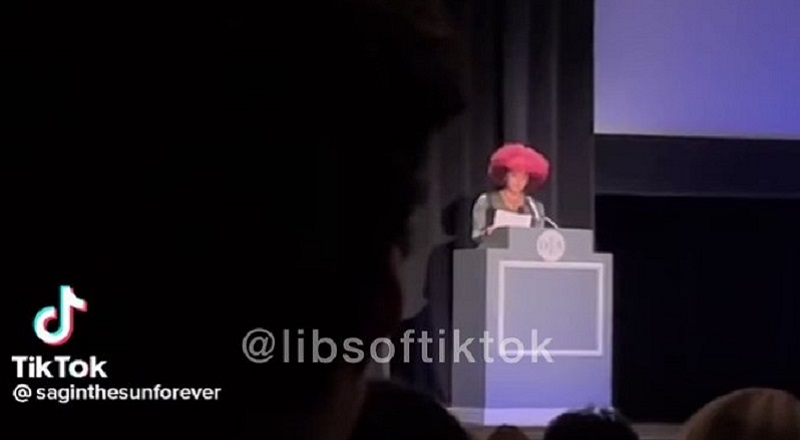 Biracial woman insults her White father at his funeral

Nobody is perfect and everybody makes mistakes. This is especially true when it comes to parents and their children. Especially in the case of first time parents, mistakes are made. However, the good parents are the ones who take care of their children. At the same time, being a good parent does not make a person perfect. What this woman did at the funeral of her father is something that it is hard to come up with words for.

Every person blessed enough to have parents will come to a point when they discover their parents are not perfect. Sometimes it’s shocking when a person realizes what their parents’ imperfections are. In the case of this young lady, she learned how her father feels about race. Despite her being biracial, according to her speech, her father had controversial opinions about race. As a result, she used his funeral to air her issues out.

During the funeral for her father, a young woman delivered a speech. Normally, this is when a child says kind words about their parents. Typically, a heartwarming, or funny story is told. However, the young lady did the unthinkable. While she did credit her father for being a good provider, she also put him on blast for being a “cis gendered White man.” In addition, she called him a racist, among other insults. After a cruel speech aimed at her father, at his own funeral, she said she won’t miss him.

Biracial woman insults her White father at his funeral

This woman went viral on TikTok for disparaging and belittling her white father at his funeral.

She says she won’t miss him because he’s a “racist, Trump-loving, cis straight white man.” pic.twitter.com/zxJfFlI0Ug

More in Hip Hop News
Young Thug and Gunna’s YSL RICO trial is taking place in January, after motion that was filed to delay it to March was denied, in effort to help co-defendants get lawyers
GloRilla’s “Anyways, Life’s Great” EP debuts at number 10 in US