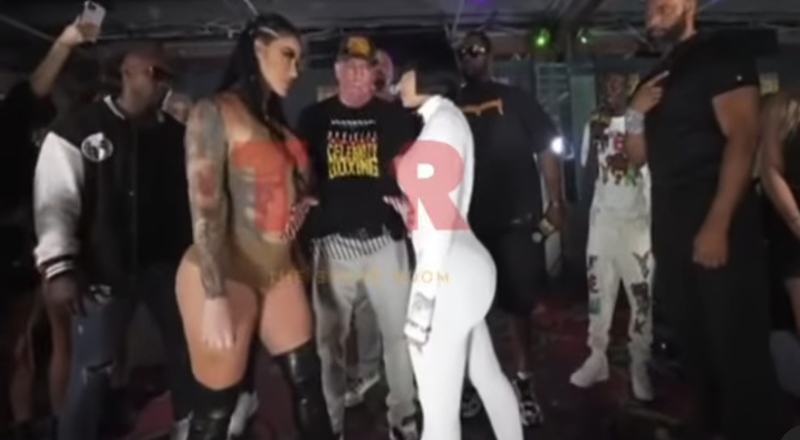 Blac Chyna has been making plenty of major headlines, over the last few weeks. She lost a $100 million lawsuit that she filed against the Kardashians, in trial. This was after Chyna accused the family of shutting down her reality TV show with Rob Kardashian, five years ago.

Chyna also reportedly kicked a woman at a Los Angeles bar, over a week ago. This was allegedly due to the woman recording Chyna, without permission. This woman ended up being IDed as Sequoya King, who was actually said to be a friend of Chyna’s. Chyna went on to get baptized on her birthday, days later.

Now, Chyna is getting into the popular celebrity boxing world, that everyone seems to enjoy. She will be facing against Instagram model, Alysia Magen, on June 11. Magen has 1.3 million Instagram followers, and is an Air Force veteran.

Also, Chyna and Magen recently had a press conference for the fight, where they faced off, in front of each other. This matchup is presented by Celebrity Boxing, and will benefit a charity. Magen gave Chyna a slight push, but Chyna seemed to brush it off, as she appeared to know that it was just to generate hype.