Home » Hip Hop News » Black man ends up walking on White man who refused to get out of his way, during football game [VIDEO] 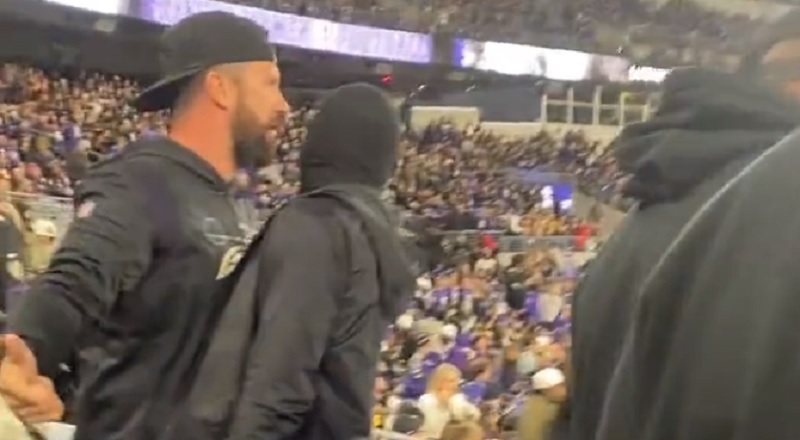 When two men decided to go to a football game, surely neither of them imagined what would happen once they got there. These days, it seems like conflict happens everywhere people wind up being. So many conflicts are taking place. As a result, there are countless videos being shared on social media that are filled with grown people acting up. That said, these types of videos seem to always spark all kinds of debates.

Lately, there are an increased number of videos of people mistreating other people. In the end, it seems like people just need to treat each other better. However, the opposite seems to be happening. People don’t even extend a common courtesy to each other. Even worse, when people are called out over their actions, they get upset. So, this latest video is one that has spurred all kinds of reactions from people on Twitter, and the other platforms.

A couple of days ago, a video shared to Twitter ended up going viral. There was a Black man who was trying to walk past a group of people to get back to his seat. As the man was trying to return to his seat, a White man was acting as a physical barrier. The White man told him that he was not going to allow him to walk past him. As a result, the Black man wound up walking on the White man’s body over the row people sitting down. While he walked past, the White man’s friends tried to push him down.

Move or get stepped on pic.twitter.com/C6BJBvA79K

More in Hip Hop News
Keke Palmer to host “Saturday Night Live,” on December 3, with SZA as performer
Twins, Kianna and Khalil Sapp (aged 23), passed away from electrocution during Hurricane Nicole in Orlando