Home » Hip Hop News » Black man was racially profiled in Walgreens, as White employee called cops on him for being in the store too long [VIDEO] 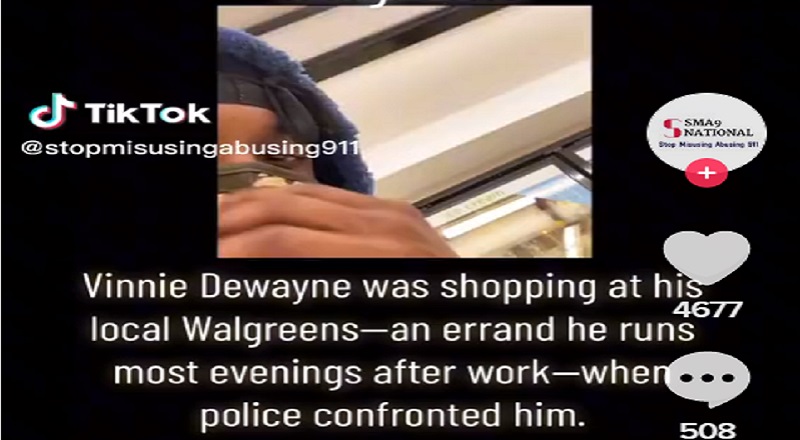 Black man has cops called on him by White Walgreens employee

When a man went into Walgreens, he was simply trying to take care of some errands. However, an employee in the store decided the man had been shopping long enough. As a result, the Walgreens worker called the police on the man. What makes this situation so hurtful is that the man did not even do anything suspicious, let along wrong.

While this man was simply trying to find what he needed and leave, there are tons of other reports of people running amuck. Earlier this year, a man entered a Popeyes location, and berated the employees, calling them all kinds of racial slurs. Even with the scene that man caused, there was no one who immediately involved the authorities.

In the case of the man visiting Walgreens, Vinnie Dewayne, he was simply shopping and then he was confronted by the police. There is a video on TikTok that details all that happened next. Despite just trying to shop for what he needed, Vinnie Dewayne found himself being questioned about why he was in the store. All of this was due to a store employee, who called the police, accusing Dewayne of being in the store too long without buying anything.

Black man has cops called on him by White Walgreens employee

More in Hip Hop News
Ladies Love Moka shows out with the “I Did It For Trish” music video
GloRilla announces “Anyways, Life’s Great” Tour