Home » Hip Hop News » Black reporter for the Wall Street Journal gets arrested by the Phoenix Police Department for interviewing Chase bank customers about their savings accounts, outside of the Phoenix location [VIDEO] 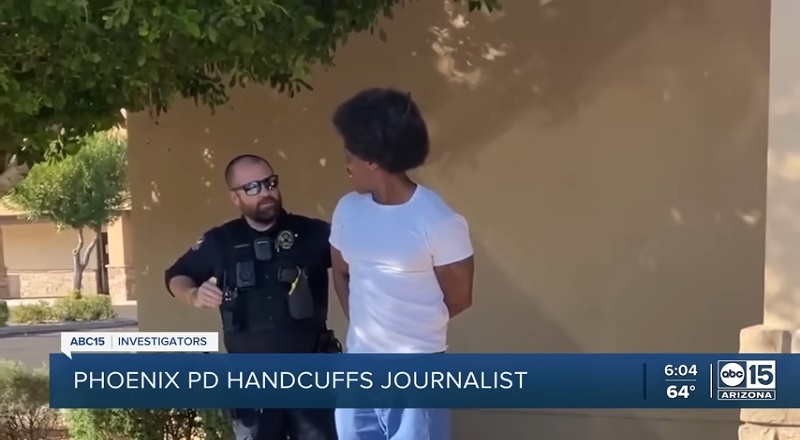 When The Wall Street Journal sent their reporter, Dion Rabouin, out to do interviews in Phoenix, they got a much bigger story. Rabouin became the latest Black person to deal with police harassment. As a result, the Wall Street Journal is now demanding an investigation into what led to their reporter being handcuffed. In addition, the Journal is accusing the Phoenix Police Department of violating their First Amendment rights.

Dion Rabouin was actually arrested back in November 2022. However, the situation was kept out of the public eye until earlier this year. Since the situation was released to the public, Dion Rabouin has sparked a lot of debates about the safety of the members of the press. Meanwhile, Phoenix’s local ABC affiliate, ABC15, has been at the forefront of this story. According to Rabouin, the entire ordeal could have easily been avoided.

The Wall Street Journal sent Dion Rabouin to a Phoenix Chase Bank location in order to interview customers of the bank. Their goal was to interview customers, by the sidewalk, about their checking accounts. Instead, representatives from the bank approached him, which led to him being detained by the police. Rabouin identified himself as a reporter, but he was still handcuffed. The woman who recorded him was threatened by police with an arrest. In the end, Rabouin was released after fifteen minutes.