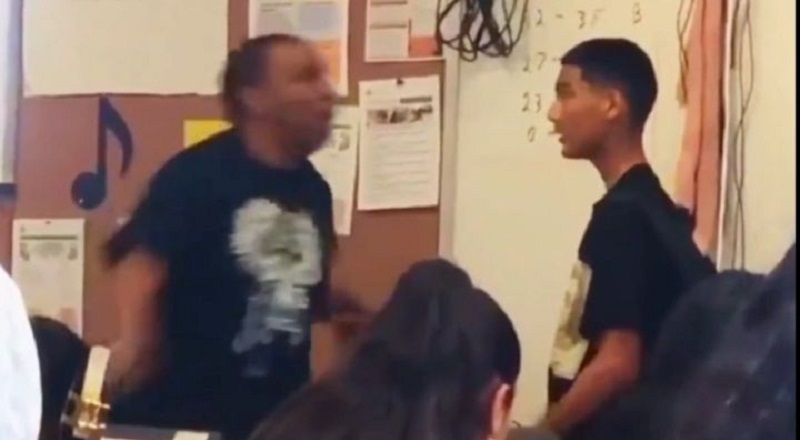 There is a crisis going on in America, starting with the educational system. Students no longer have respect for their teachers, or other authority figures. However, none of this absolves the teacher from his actions. Ultimately, the teacher stepped out of his role, as a leader, and reduced himself to level of the student. As a result, the man is likely to lose his job. However, he was provoked by the student, who repeatedly called him the “n-word,” among other profane insults.

Students have gone from standing up to their teachers, to arguing with them, to cursing at them, to now abusing them. In September 2022, there was a situation where a student physically attacked a teacher because she took his cell phone. Not only did the student assault the teacher, she ducked for cover, as he harmed her, and took his phone back. After that, there was a teacher who kicked a student out, closing his hand in the door. As a result, the student struck the teacher, and she cried on the ground, afterward.

In the case of this teacher, he wasn’t going out like that. When he saw his student becoming unruly, he warned him. Meanwhile, the student repeatedly called the teacher the “n-word,” along with cursing at him. As a result, the teacher stepped out of character, leading to a confrontation. After that, the student and teacher began striking each other. In the end, the teacher got the upper hand, and school enforcement stepped in to break it up.