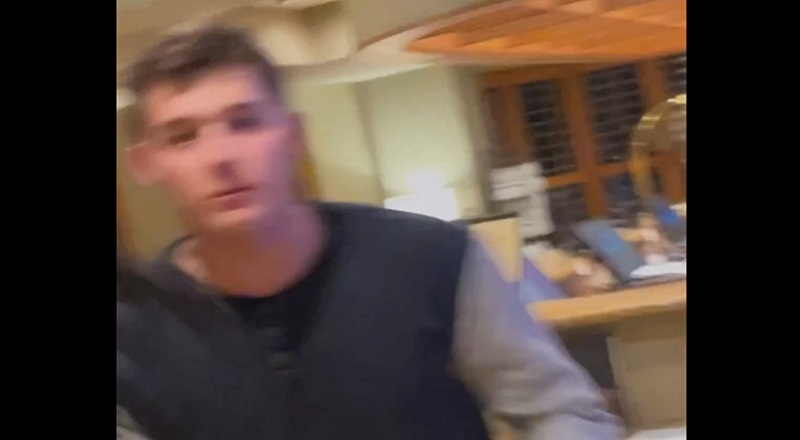 Working in the hospitality and service industry is another volatile role. Workers are tired and customers are rude. As a result, the employees and customers are increasingly butting heads, leading to all kinds of wild scenarios. Sometimes, there are employees who are wrong, and nonchalant about it. But, on the other hand, there are spoiled customers who take things too far. This situation was all on the person who entered the hotel.

A clearly intoxicated White man entered an unnamed hotel and began acting irate. The man was screaming and using inappropriate language. Despite him acting out, the employees were not quick to call him on his behavior. Instead, they tried to talk to him. This led to the man acting more rudely. In addition, he shoved the woman. Disrespectfully, he went as far as pushing the woman from her chest, which led to the Black female security guard getting involved.

After he pushed the woman, the Black woman told him he was disrespecting her co-worker. This led to the man making racist remarks towards the Black woman. In addition, he told her to “bring it,” threatening to also put his hands on her. As a result, the woman, who describes herself as only 5’4,” took action. She defended herself and her co-worker, using a light to stop the man from any further abuse, sustaining injuries herself, in the process.