Home » Hip Hop News » Popeyes employees get into altercation with a customer, as argument leads to cashier throwing items at the customer [VIDEO] 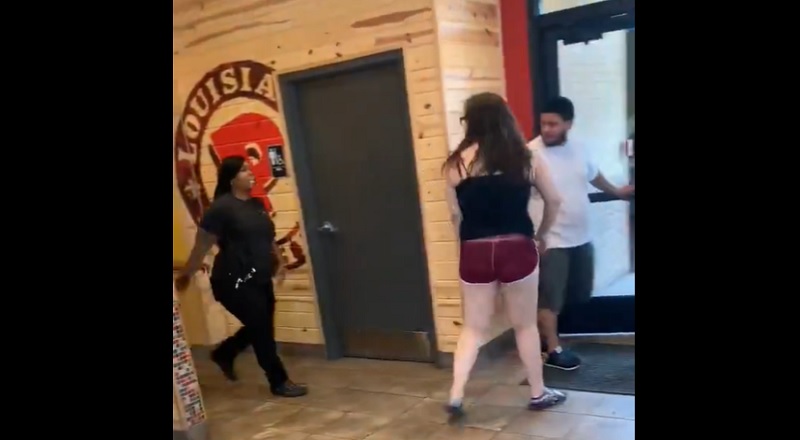 Popeyes employees get into altercation with customer

With the holiday season in full swing, everybody is stressed. When the year is still new, people make all kinds of promises, such as fitness plans, along with financial plans. By the time the holidays come, most people did not make good on those promises. As a result, they feel more stress than joy, in what is supposed to be the most joyous time of the year. This leads to all kinds of dramatic moments that could have been avoided. Now, the Popeyes restaurant is back in the headlines, and not for good reasons.

This year, Popeyes locations around the United States have been home to a lot of drama. Early this year, a man went into one of the locations and berated the staff. He made all kinds of insulting comments towards the people. When the people inside the restaurant saw what he was doing, they decided to record him. As a result, the video of that man acting in such a bad manner was shared on social media millions of times. Once again, Popeyes is home to another situation like that.

On Twitter, there is a video trending of almost the entire Popeyes staff getting into it with a customer, who was placing an order. When the video begins, it shows the customer clearly saying something that offended the cashier. In turn, the same cashier throws an unseen item at the customer, presumably some kinds of condiments. As a result, the customer throw some items back. After that, other staff members came from the back to confront this woman. Due to the graphic nature of the video, it is not available on this site, but can be found on Twitter by searching “Popeyes.”

Popeyes employees get into altercation with customer

More in Hip Hop News
SZA – “Nobody Gets Me” [VIDEO]
Woman arrested for PPP loan fraud posts news about her being held in jail and she responds, via Twitter, saying she isn’t being held anywhere