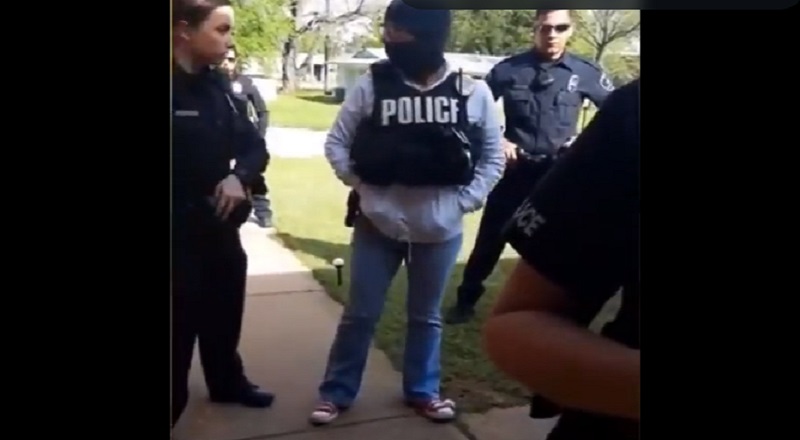 Within the comforts of her own home, a woman received a knock at her door. When she went to the door, the woman saw several police officers. The one who was the closest to her and explained what was going on. According to the female officer, the woman’s neighbors reported her, and the police wanted to search the house.

The current race debate began with police brutality against Black people. Not only have several police officers fatally wounded many Black people, but a solid number of them have gotten away with it. As a result, many Black people, and other minorities often have some kind of recording when they encounter the police.

In the case of this Black woman, she was enjoying a relatively good day. The woman was at home, with her kids, when several police officers came to her door, asking to search her house. However, the police did not have a warrant. As a result, the woman refused to let them into her house. After that, the woman told the police if they come back with a warrant, she will let them in. Rightfully upset, the woman explained that she just moved into the house, the nicest in the neighborhood, but she lived there for five years. She blamed her neighbors for calling the police, stating she just bought a new car that morning.

Listen to this Arlington woman stand up to the police that try to bully their way into her home.
They have a complaint but they don't know what it's for.. BS pic.twitter.com/TCeLU23GBW

More in Hip Hop News
Drake gets the Nike logo braided onto his head [PHOTO]
Kodak Black gets criticized on Twitter, after saying PnB Rock’s girlfriend needs to kill herself, for sharing their Roscoe’s location, on Instagram