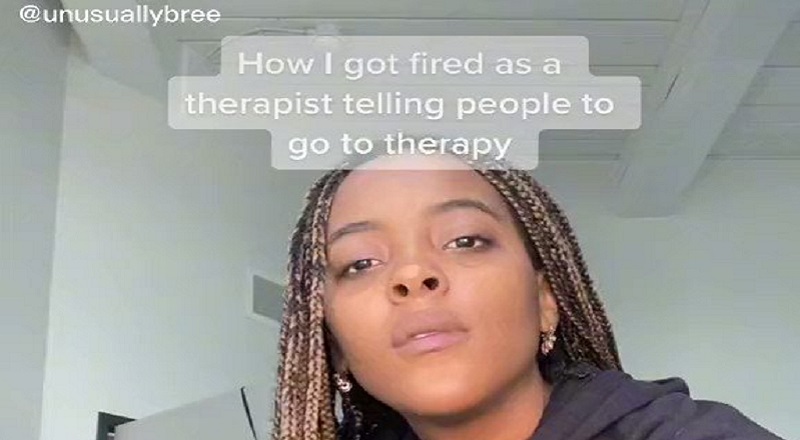 Black woman therapist reveals she was fired after viral video

Instead of getting support, @unusuallybree got unfairly insulted by men on Twitter. These men began to attack this woman for giving advice. Not only did the men insult @unusuallybree over her advice, they also made personal attacks on her. In addition, some people talked about finding her personal information.

It turns out, @unusuallybree ended up having all of her personal information shared. In addition, @unusuallybree found herself mentioned in many articles. This came along with people on Twitter who joined in on insulting her. After that, @unusuallybree saw her name and employers listed in an article. As a result, she lost her job. In her own words, she said her job got “spooked” with seeing her name out there. In turn, she has taken to TikTok with another video, where she let the people know her trying to help out Black men cost her job. Not only did she lose her job, @unusuallybree reveals a Black woman is the one who wrote the article that led to her losing her job.

Black woman therapist reveals she was fired after viral video

I cannot believe y’all got this therapist fired. Y’all can’t stand a woman NOT coddling you pic.twitter.com/QJVXEFgHYi

More in Hip Hop News
Chris Brown says that there’s a “strong possibility,” that he and Lil Baby are bringing their “One Of Them Ones” Tour, to Europe
Nicki Minaj’s “Super Freaky Girl” becomes her first number one solo single, and first solo single to debut at number one by a female rapper, since 1998