Home » Hip Hop News » Blueface says he’s Chrisean Rock’s “daddy” now, after he allegedly knocked her dad out; Chrisean posts and deletes tweet about excusing Blueface attacking him, since he was an abusive dad 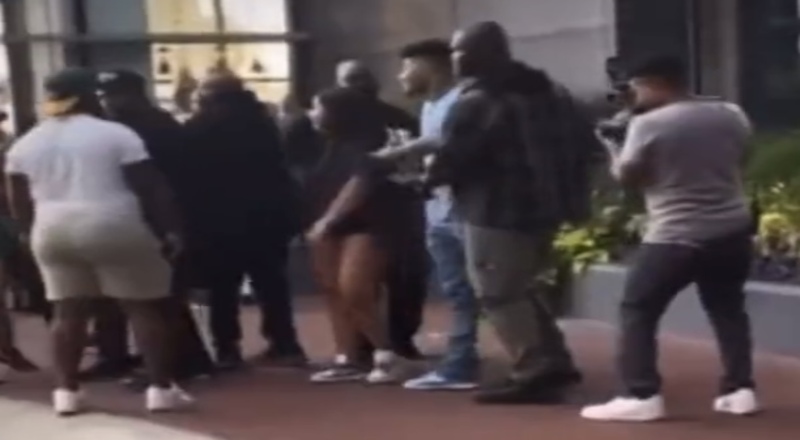 Chrisean Rock agrees with Blueface knocking her dad out

On Friday night, Blueface and Chrisean Rock went viral, for another negative moment. The two were leaving a hotel in Baltimore, when Blueface supposedly knocked Chrisean’s dad out, after an argument. Chrisean took to her Instagram stories to confirm that this allegedly happened.

Blueface ended up taking to his Instagram stories to speak on this, as he boldly said that he is Chrisean’s new daddy. To no surprise, Chrisean went on to co-sign Blueface attacking her dad, on her Twitter feed.

Chrisean explained that this is the same dad of hers, that tied up her mother up in the woods. She also claimed that her dad beat her mother, in front of her and her loved ones. Chrisean went on to tweet that someone was supposed to knock out her dad, a long time ago.

Blueface and Chrisean have bene trending since the spring, due to their toxic relationship. The two have had multiple altercations, including Chrisean allegedly punching Blueface twice, at an Arizona bar. Blueface was also seen pinning Chrisean down, in Hollywood.

Check out Blueface getting into it with Chrisean Rock’s dad, as well as Chrisean agreeing with this altercation happening, below.

Chrisean Rock agrees with Blueface knocking her dad out

More in Hip Hop News
NLE Choppa’s Ex-Girlfriend Marissa Da’Nae, says she “loves hard,” after crying over recent NLE breakup, due to him saying he can’t resist cheating on her, because he’s only 19
Kanye West files trademarks for Donda Sports and Dove Sports