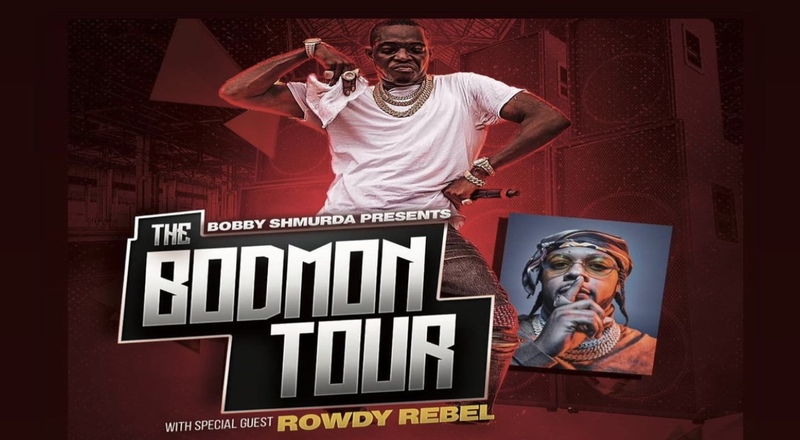 It’s been over a year and a half now, since Bobby Shmurda was released from prison. 2021 saw Bobby be consistent with music releases, in the fall. That included records such as “No Time For Sleep Freestyle” and “Shmoney” featuring Quavo and Rowdy Rebel. Rowdy was also released from prison, in December 2020.

This year, Bobby has dropped singles such as “Hoochie Daddy” and “Getting Em Back.” Last month, the Brooklyn rapper also went on to put out his “Bodboy” EP, which contained nine new songs. Rowdy also released his “Rebel Vs Rowdy” album, this past summer.

However, Bobby is also now officially going on tour, and is bringing his close friend Rowdy Rebel, with him. This is “The Bodmon” Tour, as it will kick off on October 8, in Portland, Maine. Over 26 dates will be available, as the tour will conclude on December 8, in Fort Lauderdale, FL.

“Get yah tickets now we outside,” said Bobby on Instagram. “Im bringing a whole lotta rated R shit outtt all the gangsters and freaks 😁🌪🌪🌪🤞🏿 this ah Shmurda tour this going be the craziest sh*t ever 🔥❤️‍🔥🔥y’all think ima crazy now😲 watch when I get on tour 🤪Ummmmmmm BODBOYYY.”

Check out the full list of dates cities and venues for Bobby Shmurda’s “The Bodmon” Tour, with Rowdy Rebel, below.