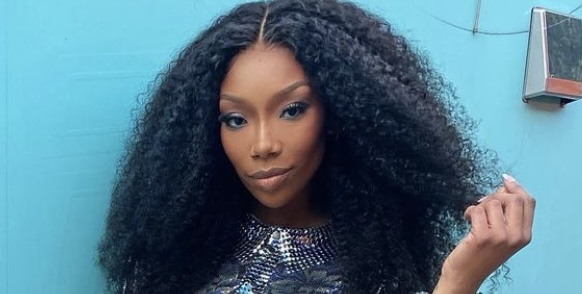 Brandy says she’s resting after being hospitalized for dehydration

Earlier today, it was revealed that Brandy had been hospitalized, on Tuesday. EMTs showed up to her Los Angeles home, after it was suspected that she suffered a seizure. This occurred around noon, as Brandy went on to rest at a nearby hospital.

Now, Brandy is speaking out, about her health. She just took to her Instagram stories to reveal what happened, regarding her health. She is still resting now, as she explained that she experienced dehydration and low amounts of nutrition. A seizure didn’t play a role in this hospitalization.

”To my beloved fam, friends and starz, thank you for sending light and love my way. I am following doctors’ orders and getting the rest I need due to dehydration and low amounts of nutrition. Thank you for your prayers and support. Grateful for you all. See you soon.”

Brandy also trended this year, due to her assumed beef with Jack Harlow. That came after he said he didn’t know that Brandy and Ray J are relatives. However, Brandy and Jack performed his “First Class” single on stage together, at the 2022 BET Awards.

Brandy says she’s resting after being hospitalized for dehydration

Continue Reading
You may also like...
Related Topics:brandy, featured