Home » Hip Hop News » Brandy trends on Twitter for her confused look, as Ray J sang off key during #Verzuz 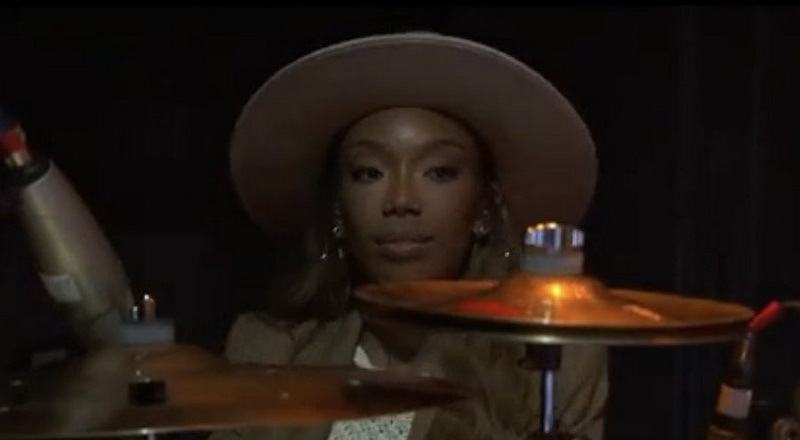 Brandy was once one of the biggest names in the entire entertainment industry. In addition to Brandy being a popular singer, she had her own sitcom. When Brandy released her album, Never Say Never, in 1998, the album went six times platinum.

Brandy reached the peak of her commercial success in 1998. After that, her brother, Ray J, began releasing successful songs and albums. With Ray J, he brought a different style, in comparison to Brandy’s. Despite Brandy and Ray J being immensely popular, neither have been given credit for being good vocalists.

Brandy and Ray J should be admired for one reason, they are always together. When Ray J had his first hit single, “Wait A Minute,” Brandy made a cameo in the video. In 2002, Brandy launched her comeback with the single, “What About Us?,” and Ray J had a cameo in that video. Furthermore, when one has a big moment, the other shows up. So, Brandy was there for Ray J, as he was the opening act for Mario and Omarion’s Verzuz. A photo of Brandy from Verzuz is going viral, as people say she made this face when Ray J was singing “One Wish.”

Continue Reading
You may also like...
Related Topics:brandy, featured, mario, never say never, omarion, one wish, ray j, triller, verzuz, wait a minute, what about us

More in Hip Hop News
Pleasure P hilariously grinds on woman, making her fall, while Sammie sang during #Verzuz [VIDEO]
Prosecutors looking to have Nicki Minaj’s husband, Kenneth Petty, in prison instead of home confinement, in sentencing of failing to register as sex offender in California