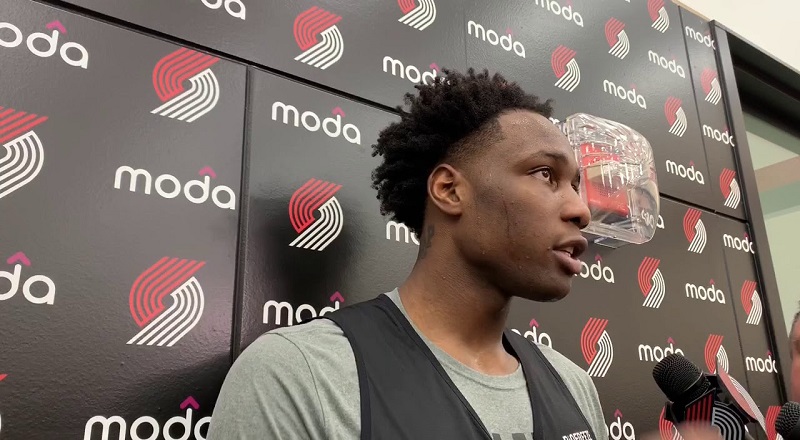 Caleb Swanigan had everything going for him, just four years ago. At age 21, Caleb Swanigan overcame a hard childhood to make the NBA. Not only did Caleb Swanigan join the NBA, he was drafted by the Portland Trail Blazers. At the time, Portland was a rising good team.

Caleb Swanigan played for the Portland Trail Blazers, but struggled to stay in the rotation. As a result, Caleb Swanigan spent his time trying to earn a consistent place on the roster. Unfortunately, Caleb Swanigan last played in the NBA in 2020.

More in Hip Hop News
DJ Khaled announces that he’s in “album mode,” and has new music with Drake coming
Omarion says he is B2K when asked if he will perform their hits on Verzuz against Mario