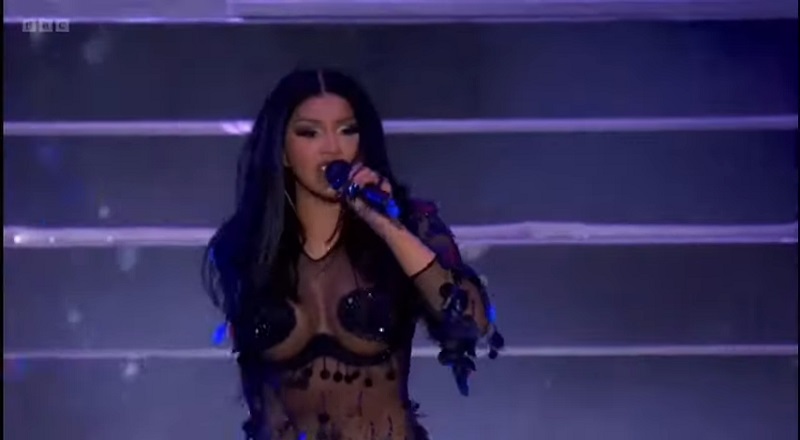 Cardi B defends PnB Rock’s girlfriend from set up accusations

Cardi B is currently at the center of much controversy. Despite it being years since she and Nicki Minaj truly had beef, both ladies’ fan bases are keeping it going. As a result, Cardi and Nicki are taking shots at each other. However, both ladies have taken the time to speak on PnB Rock’s passing. In Cardi’s case, she is calling for compassion for his girlfriend.

Cardi B is one of the biggest rappers in the game. When it comes to the charts, Cardi is one of the most successful artists of all time. So, she knows a thing or two about high profile relationships, unprecedented successes, and how to handle all of this. After all, Cardi B went from being a reality TV star dating one of the Migos to having people referring to Offset as “Cardi B’s husband.”

Cardi B has watched while people blame PnB Rock’s significant other for his passing and she disagrees with this. As a result, Cardi took to Twitter where she gave her take on the situation. In addition, Cardi explained that he was in a “bad location.” After that, she took up for his girlfriend by saying it is inconsiderate and irresponsible to blame her for this situation.

Cardi B defends PnB Rock’s girlfriend from set up accusations

More in Hip Hop News
Lil Durk says India Royale will forever belong to him; India replies with cap emoji, but later makes IG Story where she agrees
Drake gets the Nike logo braided onto his head [PHOTO]