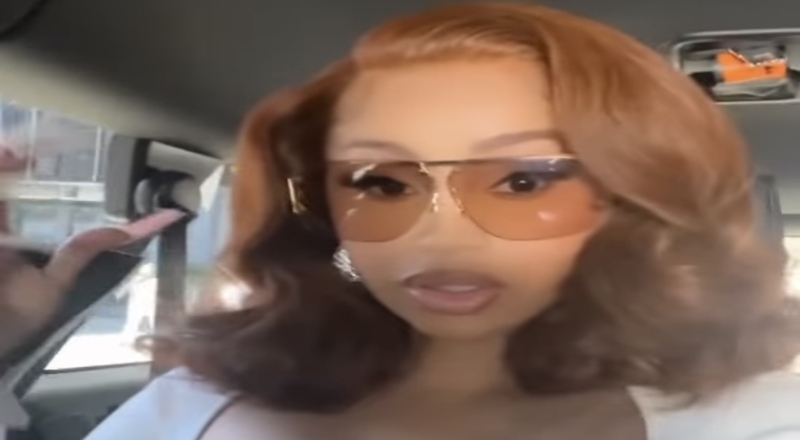 Cardi B has been dealing with a legal case in her home town of New York City, for over three years now. This is regarding being involved in attacking two sisters who were NYC bartenders, at the Queens strip club, Angels, on August 29, 2018. Tawana Jackson-Morel and Jeffrey Bush were also listed as defendants with Cardi, in this case. The indictment initially came down in 2019.

Therefore, Cardi supposedly set up this attack, due to one of the bartenders being romantically involved with Cardi’s husband, Offset. On Thursday though, Cardi officially plead guilty, in this case.

According to ABC 7, Cardi plead guilty to charges of third-degree assault and reckless endangerment, both misdemeanors. She was luckily able to avoid any felonies. Cardi is also required to complete 15 days of community service. Should she not do so, that would land her in jail. Cardi, Jackson-Morel and Bush supposedly threw bottles, chairs, and hookah pipes in the initial brawl.

Cardi has since released a statement, where she explained how she’d better herself, from this situation. This includes her applying lessons learned from herself, onto her two children.

“Part of growing up and maturing is being accountable for your actions. As a mother, it’s a practice that I am trying to instill in my children, but the example starts with me. I’ve made some bad decisions in my past that I am not afraid to face and own up to. These moments don’t define me and they are not reflective of who I am now. I’m looking forward to moving past this situation with my family and friends and getting back to the things I love the most–the music and my fans.”

This week, Cardi also donated $100,000, to her former Bronx middle school. That occurred while she made a surprise appearance. These funds will go towards after-school programs, such as tutoring and music/dance.

More in Hip Hop News
Kanye West files to end deal with Gap, after claiming Gap had meetings without him, didn’t release his new clothing, and didn’t open stores specifically for his clothing
2022 Gunna Fest community event to take place on September 17