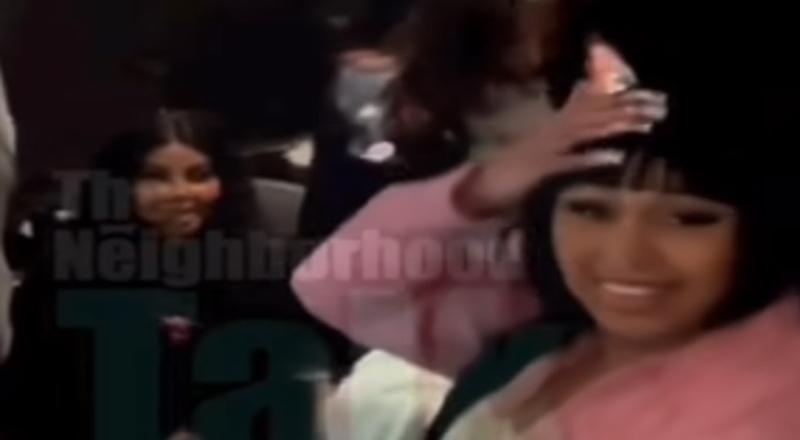 Cardi B meets with Lil Kim, Swizz Beatz and A$AP Ferg in studio

Cardi B continues to be one of the biggest artists in the world, as fans continue to wait for her to finally release her sophomore album. Her previous project came way back in April 2018, which was her debut studio album, “Invasion Of Privacy.” That debuted at number one in the US, and had two diamond singles, in “Bodak Yellow” and “I Like It” featuring Bad Bunny and J Balvin.

Cardi has been very quiet with music releases in 2022, regarding any new singles. She did appear on Kay Flock’s “Shake It” single though, which also featured Dougie B and Vory300. Now, it appears that Cardi may have some more collaborations on the way.

Cardi was recently seen in the studio, with Swizz Beatz, Lil Kim, and A$AP Ferg. It’s unclear which artists Cardi recorded with, but many fans are asking for her to collaborate with Kim, considering that Kim is one of the most iconic female rappers of all-time.

Check out Cardi B in the studio with Lil Kim, Swizz Beatz and A$AP Ferg, below.

Cardi B meets with Lil Kim, Swizz Beatz and A$AP Ferg in studio

More in Hip Hop News
Anthony Edwards made homophobic remarks on Instagram and has issued an apology
Jackson, Mississippi resident shares video of her running water and it is dark brown