Home » Hip Hop News » Cardi B shuts down report, that claims she’s releasing a new single next week, with a “top male artist in the hip-hop game” 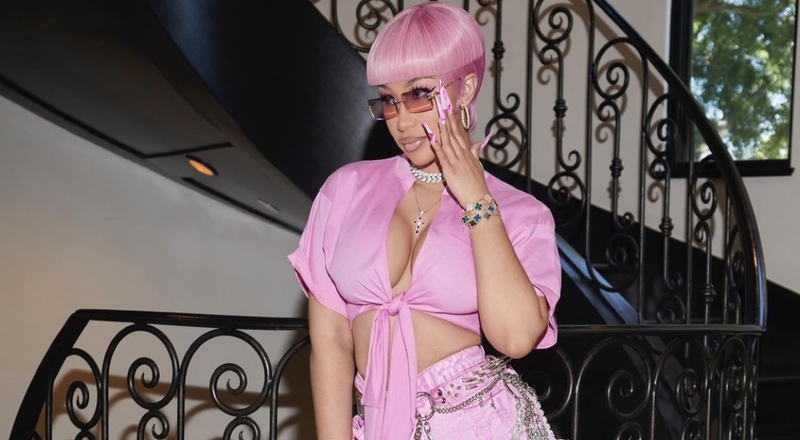 Cardi B denies report of new single coming next week

Cardi B has been making big moves lately, as being part of Playboy’s Centerfold brand. This collaboration was announced at the end of 2021, and has helped Playboy see huge sales, over the past six months.

On Wednesday, Page Six also reported that Cardi supposedly has a new single coming next week. They claimed that a “top male artist in the hip hop game” would be featured, as well.

Cardi is now denying this report, as a new single will not be arriving, next week. She took to her Twitter feed to clarify this, to her fans.

“BARDIGANG I don’t wanna gas y’all and put a battery in yall back ….so I’m going to be the one to tell y’all what @PageSix wrote is not true …I actually wish but if y’all been checking in with me on Centerfold y’all know what’s been the issue.”

As of now, there is no official plans revealed, about when Cardi will put out a new single. In April, Cardi released the “Shake It” single, with drill rappers Kay Flock, Dougie B, and Bory300. Cardi’s last solo single was “Up” last summer, which went on to be nominated at this year’s Grammys, for Best Rap Song.

Cardi B denies report of new single coming next week