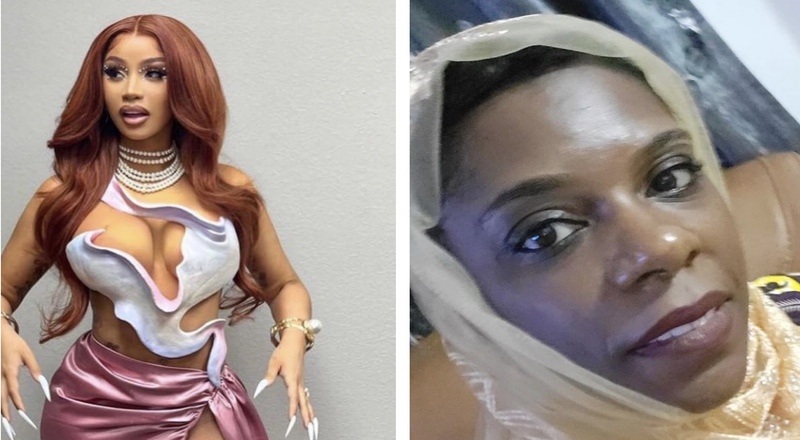 Back at the start of the year, Cardi B won a $4 million defamation lawsuit, against blogger Tasha K. That came after Tasha made claims about Cardi, such as being a prostitute, doing drugs and having STIs. Tasha was found to be liable on three of these claims, as she initially posted videos, discussing these topics.

Tasha went on to claim that she didn’t have the funds to pay Cardi. On Tuesday, the blogger also shockingly revealed that she supposedly recently moved to Africa. She didn’t disclose which country that she specifically moved to, though.

Tasha also believed that Cardi was subliminally mentioning her under an Instagram post on The Neighborhood Talk, which led to her asking “Someone say my name?” Cardi soon clapped back, and demanded her money that’s owed to her. Cardi’s reply read “Nobody said your name…SEND MY CHECK!”

Meanwhile, Cardi has also been giving back, to her hometown of The Bronx. On Wednesday, she visited her former middle school, I.S 232, where she revealed that she donated $100,000. These funds will be going towards after-school programs, such as tutoring and music/dance.

More in Hip Hop News
Security guard speaks on attempting to give first aid to PnB Rock, after robbery and shooting
Mother of son who destroyed her home responds to social media; Woman explains her son suffers from mental illness and is 6’2,” 270 pounds [VIDEO]