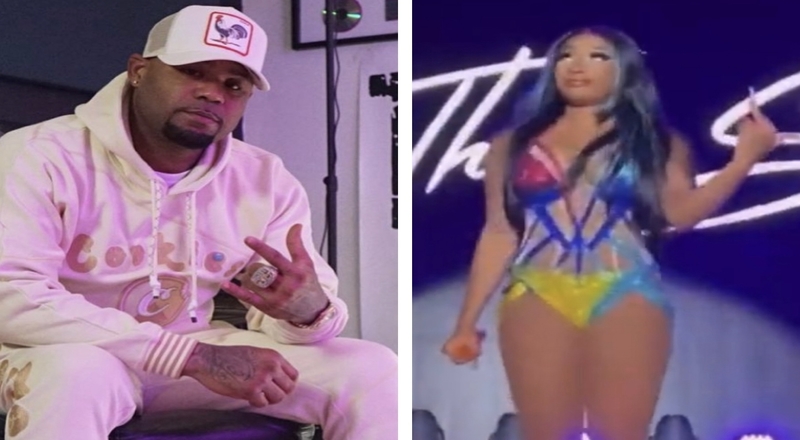 1501 Certified Entertainment CEO Carl Crawford and Megan Thee Stallion haven’t seen eye-to-eye at all, over the past two and a half years. Back in March 2020, Megan explained how Carl and 1501 wouldn’t let her release new music. Megan even had to obtain a court order, to do so.

A few months ago, Carl also dissed Megan, by calling her a “bonafide alcoholic” who f*cked the whole industry, including her best friend’s n*gga.”

“Aye y’all believe that Bullsh*t all y’all want to …ion got Twitter fingers so I’m not bout to type sh*t all day..but I promise everything said about me about that matter is a lie. The truth will be out soon enough.”

A clip of Megan’s performance last month, is also now resurfacing. Megan was seen performing her 2019 hit song “Realer.” Instead rapping her “I’m the 1501 queen lyrics,” Megan put her middle finger up. Now, Carl is clapping back, and is obviously angry, in his Instagram stories.

“See I really just be minding my business. Nah f*ck u seahorse. Song should be called Faker Than Fake.”

Megan has been signed to 1501, ever since she was 20-years-old. She is still contractually signed to 1501 to this day, but it seems that she and Carl will never end their feud.

Oop! Carl Crawford calls out Megan There Stallion after a clip of her performing her song, “Realer,” resurfaced. During the May performance, instead of rapping the lyrics, “I'm the 1501 queen,” Meg stuck up her middle finger. https://t.co/1pM55yINfp

More in Hip Hop News
Megan Thee Stallion to appear on “P-Valley,” as her Tina Snow character
Latto’s “Big Energy” is the number one best selling download of all songs this year, in the US, so far