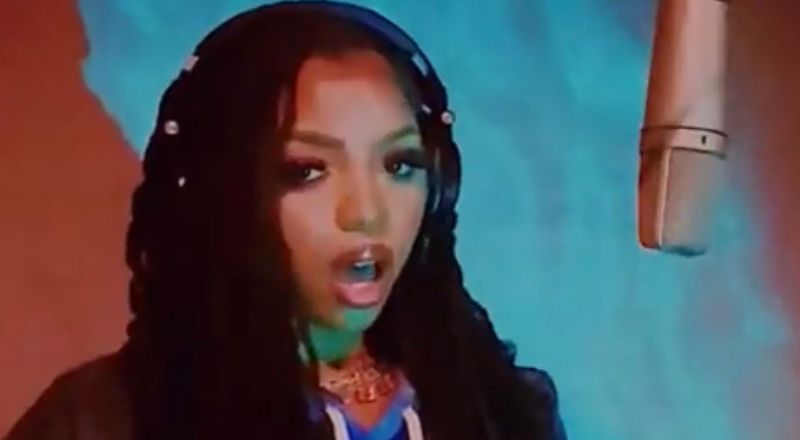 Chloe does If I Get Caught Cheating Challenge and dominates it

Chloe Bailey does it again with another fire cover. She took DSVN’s viral single, “If I Get Caught,” and made it her own. Chloe rocked the mic per usual in a dream like setting as she sang to the mic. Her twist on the lyrics made the cover even more mesmerizing.

Chloe Bailey continues trailblazing as an influencer and new princess of the R&B/pop genre. A so-called protégé to Beyonce, Chloe can dance, sing act and most importantly influence music lovers everywhere. Previously a part of the duo, Chloe X Halle, with her sister, her solo career has shown success. As a result, her debut solo single, “Have Mercy,” earned over 76 million views on YouTube. With over 1 million units sold the single recently became eligible for platinum status.

Chloe Bailey has covered multiple songs, always adding her own original flare with each one. She’s done versions of “Pick Up Your Feelings,” by Jazmine Sullivan, “Love on The Brain,” by Rihanna and “Earned It,” by The Weeknd. Each video has gone viral with fans showing their love for the beautiful songstress. Although Chloe’s debut album has yet to have a release date, her mini clips are holding fans over until it drops.

Chloe does If I Get Caught Cheating Challenge and dominates it

Continue Reading
You may also like...
Related Topics:beyonce, Chloe Bailey, dvsn, earned it, If I Get Caught, jay-z, love on the brain, pick up your feelings, rihanna, song cry, the weeknd, twitter

More in Hip Hop News
New Young Thug and Gunna jail photos surface, after making latest court appearance
R. Kelly’s former goddaughter testifies that she had an “innumerable” amount of sex with Kelly, between the ages of 15-18, and Kelly got her to bring other minors to join them