Home » Hip Hop News » Chlöe says upcoming “For The Night” single was written about Gunna, but is currently single [VIDEO] 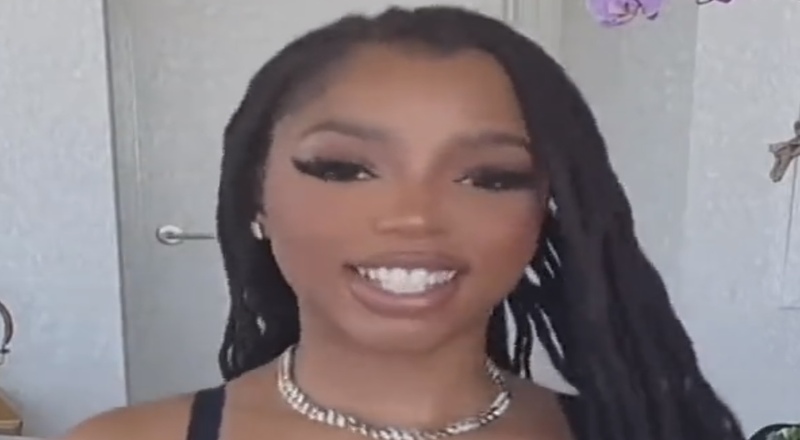 Chlöe says upcoming “For The Night” single is about Gunna

Chlöe has been trending on Saturday, due to a Twitter Spaces conversation that she hosted. Her former boyfriend, Gunna, was a huge topic. She previously dated him, earlier this year. Chlöe and Gunna were spotted at an Atlanta Hawks game together, as well as a Lakers game in Los Angeles. Chlöe did go on to tell The Breakfast Club that she is single, though.

In this Twitter Space, Chlöe emphasized that she doesn’t always have to say “Free Gunna.” This is due to her actually supporting Gunna in “real life.” In this same space, she also spoke on her upcoming “For The Night” single.

Chlöe revealed that For The Night was actually written, when she dated Gunna. She added that she is still single now, though.

“Imma tell y’all a little secret about ‘For The Night. I might regret saying this, but hey, maybe it’ll help f*cking streams. I don’t even think he knows this! I wrote ‘For The Night’ about Gunna. Yep, I said it b*tches. I said it. So, you know. Yep. I wrote that song after The Breakfast Club interview I believe.”

“But I’m single. I’m single, guys. Sorry to bust bubbles, but when I wrote that song months ago, I wrote it about him.”

As of now, there is no release date for “For The Night.” This year though, Chlöe has put out singles such as “Surprise” and “Treat Me.” She also appeared on Capella Grey’s “Gyalis” shemix. Meanwhile, Gunna is still in prison, due to a RICO indictment.

Chlöe says upcoming “For The Night” single is about Gunna

Continue Reading
You may also like...
Related Topics:chloe, featured, gunna

More in Hip Hop News
Antonio Brown defends video of him exposing himself near woman, while at Dubai pool; Claims that woman took his swimming shorts
YNW Melly’s mother denies allegation that he recently planned prison escape, with his lawyer [VIDEO]