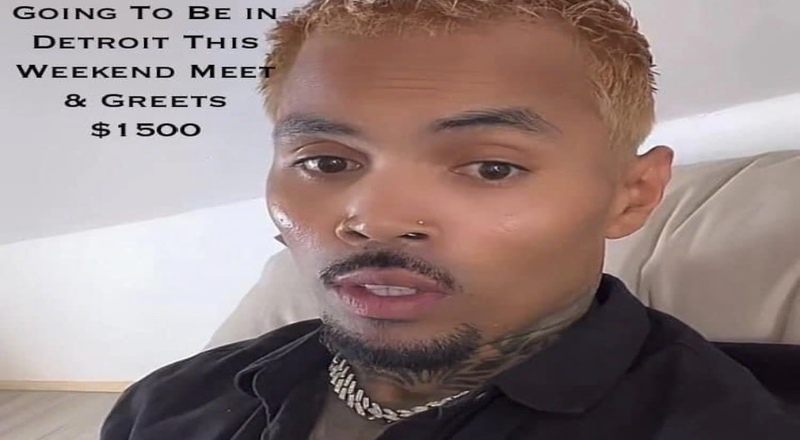 Over the past year, there has been a huge trend of celebrity lookalikes, such as Drake, Lil Durk, and Coi Leray. Now, another lookalike is trending online, who looks similar to Chris Brown.

This past weekend, this Chris Brown lookalike went viral on Instagram, as his name is Tyson Wuthi. There had also been rumors that he’d been doing meet and greets, and charging fans $1,500. Now, he is taking to his IG feed to deny this, and clear up any false claims about his name. That came after a post on his photo claimed that he was doing a meet and greet in Detroit.

“THESE ARE ALL LIES ABOUT ME… I HAVEN’T MADE AN AGREEMENT WITH ANYONE,” said Wuthi, on his Instagram stories. “I WOULD NEVER DO THAT… THE MEDIA LIES TO YOU JUST TO MAKE THE FANS GET MAD AT ME… DON’T BELIEVE IT.”

Meanwhile, the real Chris Brown just wrapped up his “One Of Them Ones” Tour, with Lil Baby. This concluded on August 27, in Las Vegas. Brown recently revealed though, that there’s a “strong possibility” that the One Of Them Ones Tour will be heading to Europe. Brown had also been doing his own viral $1,000 meet and greets, with many of his fans.

Check out this Chris Brown lookalike speaking on these alleged $1,500 meet and greets, below.

Continue Reading
You may also like...
Related Topics:chris brown, featured