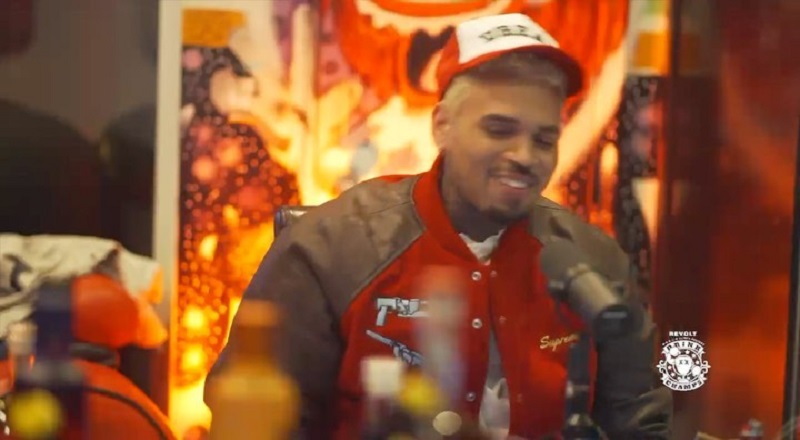 Chris Brown is the latest celebrity to visit “Drink Champs,” hosted by N.O.R.E and DJ EFN. Although active with fans online, Chris Brown doesn’t do interviews very often. Sitting down at the famous “Drink Champs” table, viewers everywhere have a chance to see him like never before.

Chris Brown got candid about everything, during the interview. CB discussed the start of his career to his friendship with Bow Wow. He also addressed what really went down with Drake. The interview also saw Chris Brown mention how he was turned down by Diddy. It’s no secret that Chris Brown’s journey hasn’t been easy.

Chris Brown recently released a new video for the single “WE,” which stars Normani. “WE” is the latest single from Chris Brown’s upcoming album, Breezy. The video immediately broke the internet. Just Chris Brown having Normani as a love interest captured attention. Ahead of Breezy, Chris Brown is making his rounds. Seventeen years later, it is easy to say Chris Brown belongs here. But, Chris Brown went in depth about how Diddy did not originally see the vision.

More in Hip Hop News
Tom Brady tells Pusha T that “It’s Almost Dry” is the album of the year, after working out to “Dreamin Of The Past” [VIDEO]
Mama Tina dances to Beyonce’s new single, “Break My Soul” [VIDEO]