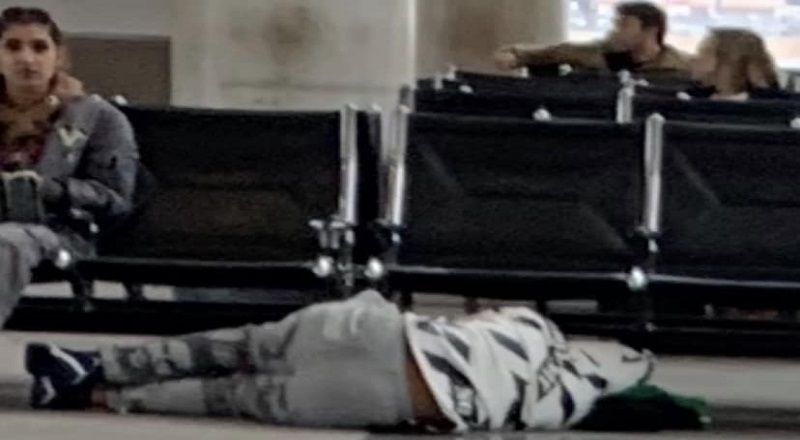 Chrisean Rock sleeps on airport floor after flight was delayed

Chrisean Rock is more than just Blueface’s girlfriend. The amount of viral videos that they have led to Rock getting an offer to do reality TV. As a result, Chrisean Rock is now one of the biggest stars on the digital Zeus Network. In addition, Rock is a controversial figure in entertainment who has trended on social media every day for two years. Yesterday morning, a Facebook post, allegedly of Chrisean Rock went viral.

Chrisean Rock’s name has gone viral, as a man on Facebook claims he saw her sleeping on an airport floor. The situation allegedly took place at the Bradley Airport, in Connecticut. In the comments, there are additional people who also claim this was Chrisean Rock. One person pointed out how Rock mentioned being in Connecticut in her IG Story. Given all of her other antics, Chrisean Rock sleeping on an airport floor is among her least shocking scenarios.

Chrisean Rock sleeps on airport floor after flight was delayed