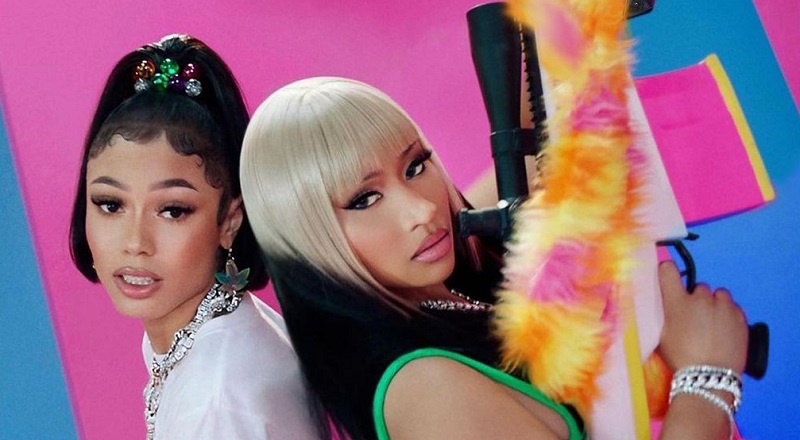 A few weeks ago, Benzino spilled that Coi Leray had a song with Nicki Minaj coming. Later, Coi Leray spoke out, and she denied this. Coi Leray would also add that the devil is busy. While she didn’t name names, most people assumed she was talking about Benzino.

Coi Leray rose to fame, last year, with her single, “No More Parties.” On the single, Coi Leray rapped about her father not being in her life. This is when most people learned that Benzino was her father. The two went onto have a very public argument on Instagram.

The past decade has seen female rappers have more success than ever before. Nicki Minaj is the artist who helped lead this charge. From 2009 until 2014, Nicki Minaj was the only successful female rapper in the game. Every other female rapper who had any kind of success was pit against Nicki Minaj. This led to major issues with some prominent female rappers. All along, most people hoped Nicki Minaj would do songs with these up-and-comers. Now Coi Leray has confirmed Nicki Minaj has done just that. Her new single, “Blick Blick,” is coming on Friday.

More in Hip Hop News
Angela Simmons son tells her he has sixteen girlfriends and that he is a teenager [VIDEO]
LeBron James says it makes no sense that Kyrie Irving can watch games, but can’t play, and says #FreeKyrie