Home » Hip Hop News » DaBaby gets dragged on Twitter for hanging himself from a cross, wearing a diaper 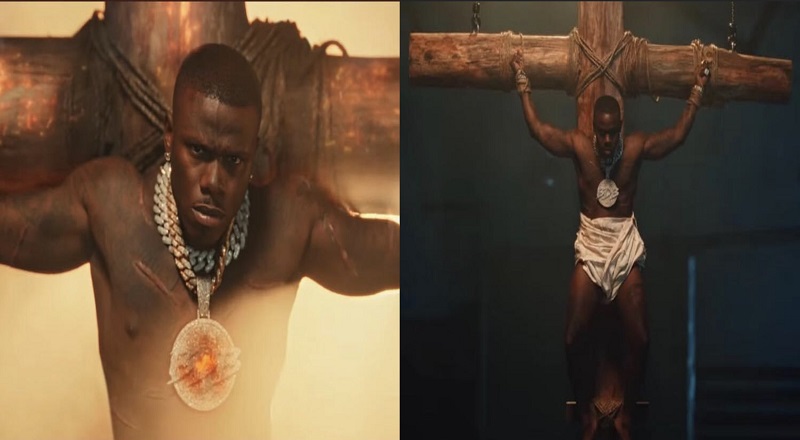 DaBaby gets backlash for depicting himself on a cross

DaBaby first arrived on the scene going by the moniker of “Baby Jesus.” To put himself on the map, DaBaby went to SXSW wearing a pamper. In the years since, DaBaby has continued to do things to stand out from the rest. As a result, DaBaby is one of the most identifiable rappers in the game.

DaBaby made history, as the first rapper from Charlotte, North Carolina to have mainstream success. Despite Charlotte being North Carolina’s largest city, Fayetteville is the most recognized city for hip hop. However, Greenville was the first city put on the map, when Petey Pablo debuted from the city.

DaBaby has become one of the most controversial rappers in the game. Last summer, DaBaby made controversial comments during Rolling Loud. However, DaBaby did not let people cost him his career over his comments. While DaBaby apologized for what he said, he also said he stands by what he believes in. As a result, DaBaby kept dropping hit records. Now, DaBaby shared the above images from his upcoming music video. The images show DaBaby hanging from a cross, like Jesus did. In turn, DaBaby is getting a lot of heat from Twitter.

DaBaby gets backlash for depicting himself on a cross

More in Hip Hop News
Doja Cat goes off on critics on Twitter, by accusing them of always wanting her to look “f*ckable”
Clermont Twins trend on Twitter for snatching all of man’s money in the club