Home » Hip Hop News » DaBaby subliminally responds to his upcoming New Orleans concert being canceled, due to low ticket sales, by posting GIF of himself 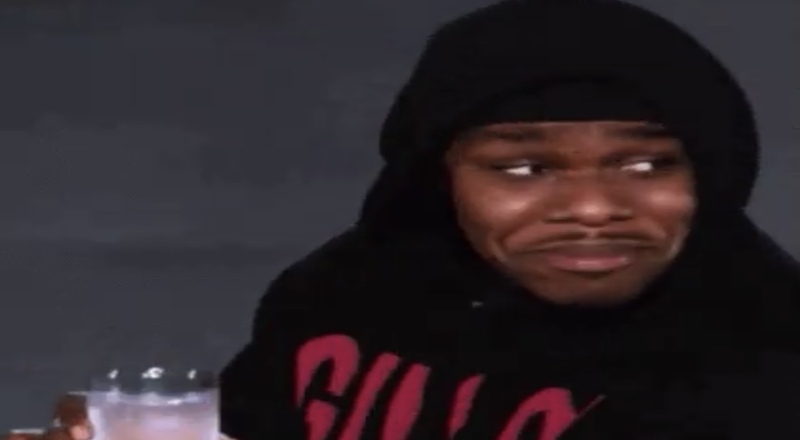 On Tuesday, reports surfaced that DaBaby’s upcoming September 2 concert in New Orleans, got canceled. This was due to only 500 tickets being sold, even though the Smoothie King Center can hold over 14,000 people. NoCap and EDM artist ShowTek were also set to perform.

Promoters for this concert are supposedly working on a new date for this concert, with the hopes of DaBaby performing then, as well. They stated that “a number of business reasons why we saw best to do that. We decided to postpone and that was in our best interest.” Promoters also added that they believed that DaBaby’s previous homophobic comments at Rolling Loud Miami 2021, may have played a role in the surprisingly low ticket sales.

Now, DaBaby appears to now be addressing this canceled New Orleans concert. He posted a previous viral GIF of himself, making a surprised facial expression. Aside from this GIF, no statements were made from DaBaby, regarding the low ticket sales. Many fans have since said that DaBaby should’ve been placed at a smaller venue, and not such a large one, such as the Smoothie King Center.

Check out DaBaby’s reaction to his canceled New Orleans concert, below.

More in Hip Hop News
Kanye West claims that Gap held meeting without him, after fans recently said Yeezy Gap items are being sold out of trash bags, at stores
Ari denies reports that Moneybagg Yo had her Lamborghini repossessed