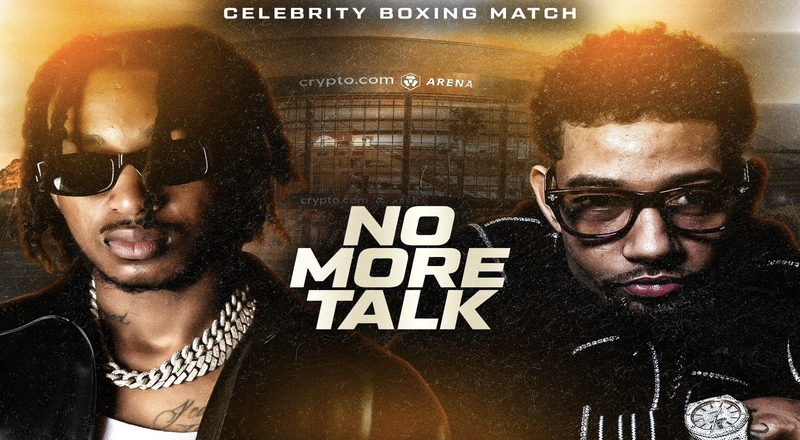 Earlier this week, more celebrity boxing matches were announced. Blueface will be taking on former Los Angeles Laker Nick Young, at the Crypto.com Arena in Los Angeles, on July 30. This is an undercard fight, as YouTubers Austin McGroom and AnEsonGib will headline the main event. These fights are all part of the Social Gloves event, that night.

Now, another match has been added to this surprising night of boxing. Rapper DDG announced on Thursday, that he will be taking on PnB Rock, that night. PnB hasn’t spoken on this upcoming fight online yet, though.

“I said i wasnt gettin back in the ring unless it was another artist,” said DDG. “LETS GET IT!! Get tickets now. This s*it more than a boxing match, it’s a movement! Rappers put the GUNS down & put on the GLOVES niggas out here killing for free when u can just punch it out for a BAG.”

DDG is also known lately, for his relationship with Halle Bailey. The two frequently post each other on social media, as they are never ones to be shy to show affection.

Check out DDG announcing his upcoming boxing match vs PnB Rock, below.

I said i wasnt gettin back in the ring unless it was another artist 😤🔥🥊 LETS GET IT!! Get tickets now https://t.co/9bEyRZ2HoZ pic.twitter.com/JtDDMaor0J