Home » Hip Hop News » Diddy nearly gets into a fight with Michael Ferguson, aka 2Bit from “Power,” while dressed as The Joker [VIDEO] 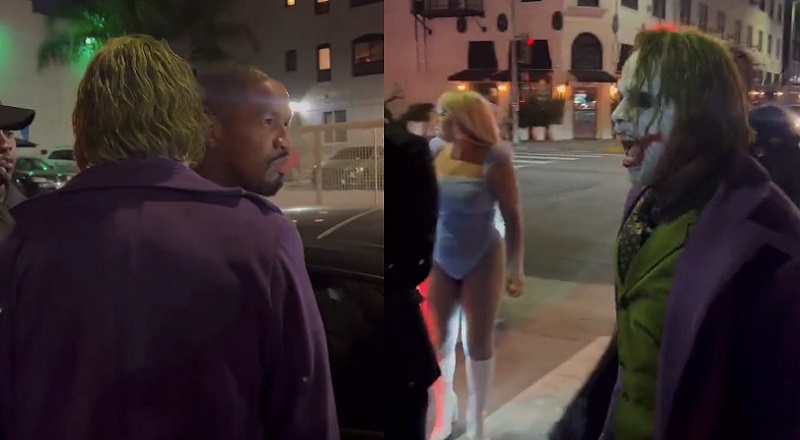 Diddy is the latest hip hop figure to become a billionaire, so he is on cloud nine, right now. Already known as the “party king,” Diddy got his billionaire valuation right before Halloween. As a result, he was all over himself when it was time to party. Dressed as The Joker, Diddy already ran into Tyler, The Creator. However, when he ran into Michael Ferguson, best known as 2Bit from the “Power” franchise, Diddy almost got more than he could handle.

Diddy was the first hip hop persona to cover Forbes. When the earnings of hip hop figures first began being calculated, it was Diddy at the top of those lists. Of all of the “wealthiest rappers,” Diddy is the only one to consistently make whatever list to exist from the first time they existed. Actually, Diddy is the reason for the Forbes Hip Hop Kings cash list, in the first place. However, the last time he topped the list was well over a decade ago. Being wealthier than 90% of the rest of the planet is a nice consolation prize, however. Nobody understands that more than Diddy and he was all over himself, celebrating.

Diddy went out for Halloween dressed as the Joker. Not only was he dressed up, but Diddy was also fully invested in the character. As a result, he was going around pranking people. When he ran into Tyler, The Creator, Diddy had a quick viral moment. After that, he ran into the actor, Michael Ferguson. As previously stated, fans of the “Power” franchise should recognize him. However, Ferguson did not recognize Diddy. Because of this, he was ready to fight, as Diddy was “The Joker” on him. When Ferguson turned up, Diddy asked if he knew who he was. Once they calmed down, they hugged it out.

More in Hip Hop News
Road rage in Texas leads to people pulling a person out of a car to fight and a shootout took place [VIDEO]
The Lakers get roasted on Twitter for locker room celebration for their first win of the season, which brings their record to 1-5