Home » Hip Hop News » Diddy runs into Tyler, The Creator while dressed as The Joker for Halloween [VIDEO] 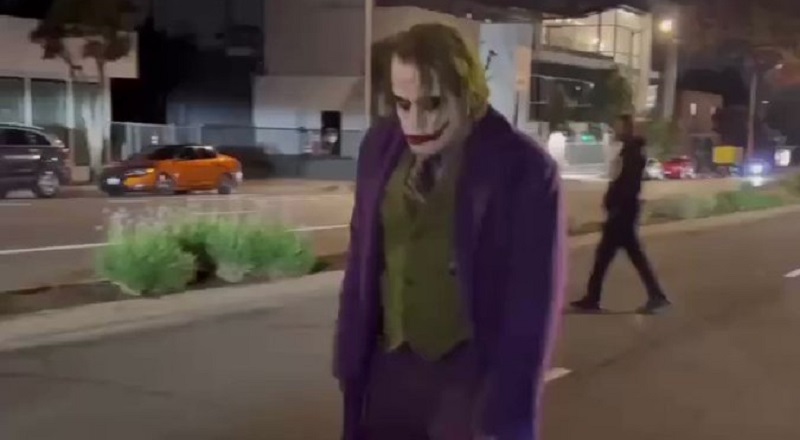 Diddy runs into Tyler The Creator dressed as The Joker

Diddy is celebrating the biggest week of his career. After well over thirty years in the game, Diddy is a billionaire. He has come a long way, during this span of time. When he began, Diddy was just a promoter. From there, he began his internship at Uptown Records. That was the beginning of an unprecedented run on top of the game.

Diddy has been discussing his ambitions to become a billionaire for over five years. In addition, when the Carolina Panthers were up for sale, Diddy expressed an interest in buying the team. Traditionally, most billionaires own teams in either the NBA, NFL, or MLB. Then, there are some billionaires who own teams in all of the leagues.

Diddy often says “can’t stop, won’t stop” and he has lived up to his slogan. Recently, the former Bad Boy mogul celebrated reaching the billionaire status. As a result, he is currently the second richest hip hop figure in the game. Finally reaching the billionaire status puts him behind Jay-Z. Meanwhile, the implosion of Kanye West’s empire saw him fall from at least $2 billion to $500 million. When it comes to Diddy, he was just enjoying his Halloween season. Already, Diddy went viral for dressing as The Joker. While he was partying, Diddy ended up running into Tyler, The Creator, and sharing a laugh with him.

Diddy runs into Tyler The Creator dressed as The Joker

Diddy runs into Tyler the Creator as The Joker for Halloween 😂 pic.twitter.com/Jy5iz7AlTK

More in Hip Hop News
Blueface is being cancelled on Twitter after Chrisean Rock accuses him of beating her face in
Michigan State football players jump Ja’Den McBurrows in the tunnel, after the game [VIDEO]