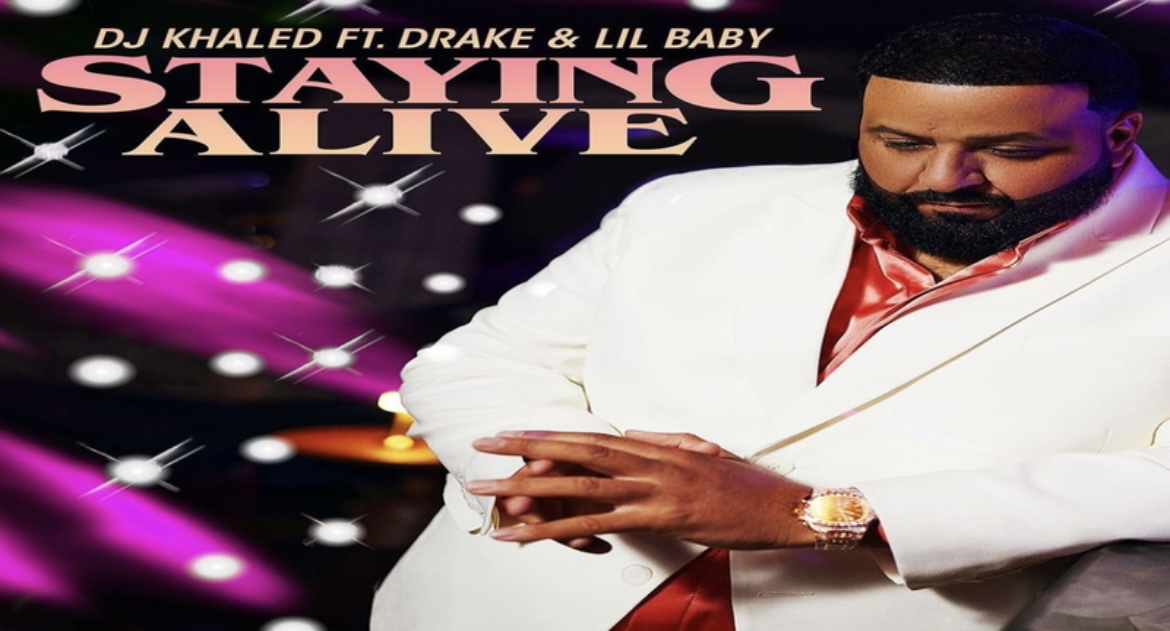 DJ Khaled has been trending on social media on Tuesday, due to him revealing that he has another collaboration with Jay Z on the way. This will appear on Khaled’s upcoming 13th studio album, “God Did.”

However, Khaled also recently revealed that he shot a music video for a new collaboration that he has coming up, with Drake and Lil Baby. The official title and release date hadn’t been unveiled, but Khaled has just updated fans on social media.

Khaled will be releasing his “Staying Alive” single with Drake and Lil Baby, on August 5. He also unveiled the cover art for this collab, as he is displayed in a white suit, in front of a purple and black background. Khaled will also be releasing the video to Staying Alive, that night.

Therefore, in addition to Staying Alive coming on Friday, Khaled also updated fans on when the God Did album will be out. It is scheduled for an August 26 release date. Pre-save for the album is also now available.

Check out DJ Khaled announcing the release date for his new single and album, below.

More in Hip Hop News
Nicki Minaj denies rumor that she owes $173 million in back taxes, since 2016, after person who claimed to be Nicki’s former assistant spoke on it [VIDEO]
Official trailer for fourth and final season of “Atlanta” revealed [VIDEO]