Home » Video » DJ Khaled to release seven music videos from upcoming “God Did” album, within the next week [VIDEO] 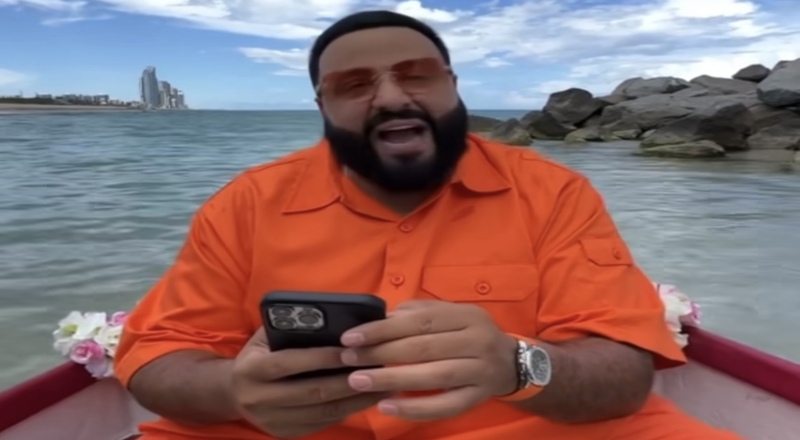 On Friday at midnight, DJ Khaled will officially be releasing his 13th studio album, “God Did.” Khaled revealed the official tracklist for this project earlier this week, and it’s another star-studded affair. Appearances include Jay Z, Travis Scott, SZA, City Girls, Lil Durk, Future, and more. God Did is led by Khaled’s “Staying Alive” single, featuring Drake and Lil Baby.

Now, Khaled has revealed additional plans for God Did, regarding visuals. He recently took to his Instagram feed to announce that seven music videos for songs from the album, will all be released, in less than a week. Khaled posted an official schedule, for each video.

Therefore, the day of God Did’s release will feature two videos released. These are for “Big Time” with Future and Lil Baby and “It Ain’t Safe” with Nardo Wick and Kodak Black. Saturday will see the visuals for “Party All The Time” with Quavo and Takeoff and “Streets Know My Name” with Skillibeng, Buju Banton, Capleton, Bounty Killer, and Sizzla.

Check out the full schedule so far, for DJ Khaled’s videos from his upcoming “God Did” album, below.

More in Hip Hop News
Lil Wayne’s former assistant claims that Wayne punched him in the jaw, after trying to deescalate argument between Wayne and a pilot, on private jet
Supermarket employee takes 8 month old baby while the mother’s back is turned, but returns the baby and claims he was just joking when he got caught [VIDEO]