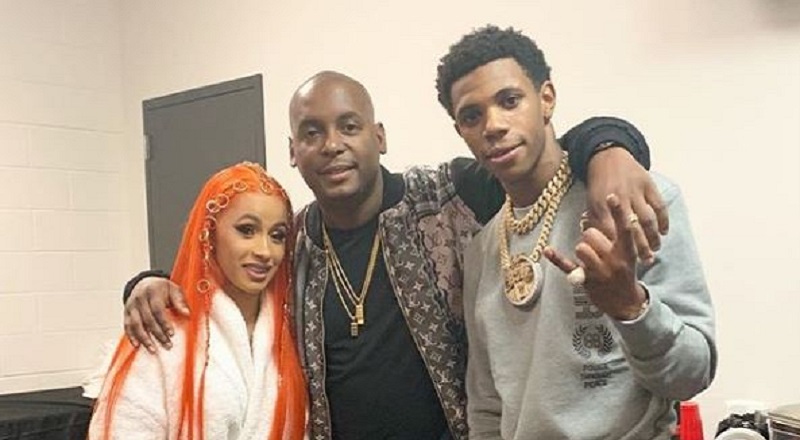 DJ Self shuts down rumors that Cardi B cut him off

Before the music fame, Cardi B was one of the most popular personalities on Love & Hip-Hop: New York. Just like now, she had a very outgoing personality and she was also grindin’ to get her music out.

Cardi tried to work with Power 105 star DJ Self in New York and he seemed reluctant to really break her music. Since that season of LHHNY, there have been rumors floating that she cut off Self shortly after she took off after the success of her breakout single “Bodak Yellow” last year.

Self took to Instagram tonight to post a photo with Cardi and fellow NY artist A Boogie Wit Da Hoodie with the caption “You still believe that story 😁 Bronx I see ya @iamcardib @artisthbtl NY in da building #powerhouse2018 can we smell colab????” The collab is in reference to a potential new song between Cardi and A Boogie.

In 2016, A Boogie Wit da Hoodie was the major NYC breakout artist. A year later, Cardi B had breakout success. The only difference is her fame went mainstream and she topped Billboard.

DJ Self shuts down rumors that Cardi B cut him off

More in Hip Hop News
Drake is expecting another child, according to rumors circulating on social media
Zaytoven talks Usher and the “A” album and working with Jay-Z on #SwayInTheMorning [VIDEO]