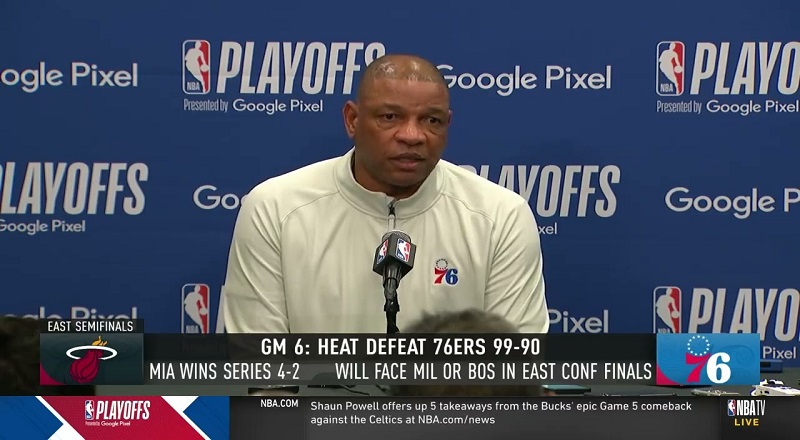 Doc Rivers is one of the NBA’s most controversial figures. Some regard Rivers as one of the greatest coaches of all time. However, there are others who feel he is an overrated coach. On Twitter, Doc Rivers is currently being roasted, over his likes. As a result, Rivers released a statement denying those were his likes.

Doc Rivers began his NBA career as a player. During that time, Rivers played alongside Dominique Wilkins, with the Atlanta Hawks. After that, he played for other teams. Upon retirement, Rivers took on coaching. While Doc Rivers is best known for coaching the Boston Celtics, he won Coach of the Year with the Orlando Magic. Prior to joining the Philadelphia 76ers, Doc coached the LA Clippers.

Doc Rivers is now trending on Twitter, as his likes have gone viral. From Doc Rivers’ Twitter account, there are several likes on adult content. As a result, fans have made him and his activity a major trending topic. With the season set to begin in a few weeks, this is not the publicity the Sixers need. After all, Philly is coming off a disappointing season. Since Rivers has had a ton of bad looks, this afternoon, he released a statement, via the Philadelphia 76ers, saying someone logged into his Twitter, and made those likes.