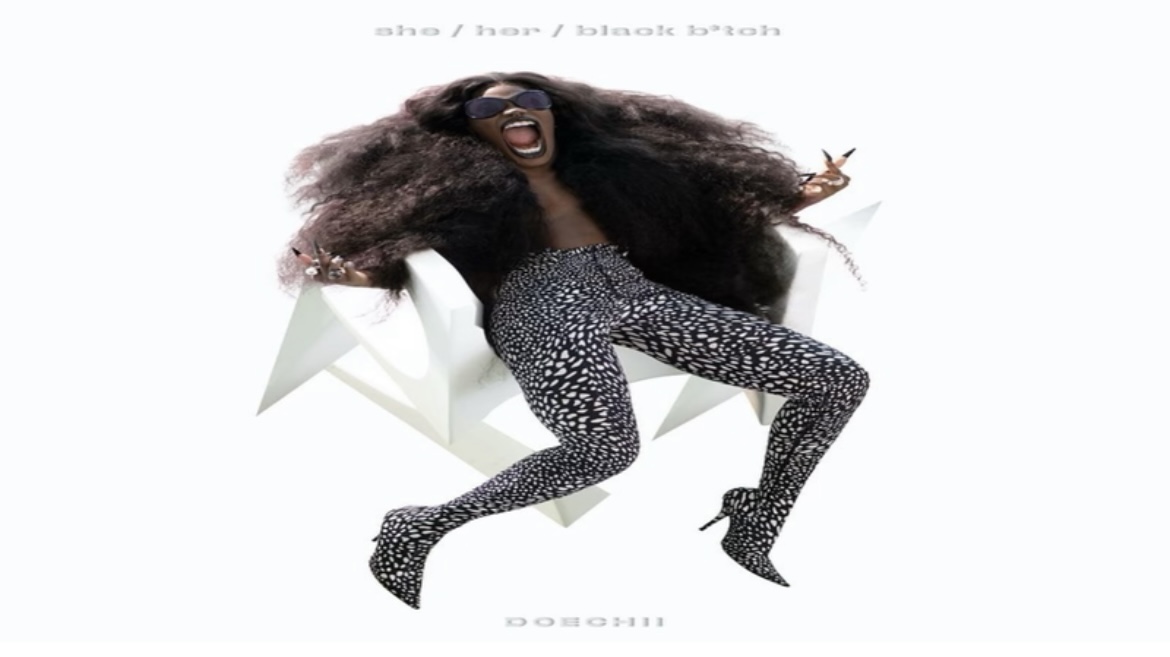 On Monday, Top Dawg Entertainment’s Doechii announced that her first project of 2022, will arrive on August 5. This is Doechii’s “She/Her/Black B*tch” EP, as she also unveiled the cover art for it.

Now. Doechii has just put out the official tracklist, for the She/Her/Black B*tch EP. Five new songs will be available, including her “Persuasive” remix that she released two weeks ago, that featured SZA.

Doechii’s “B*tch I’m Nice” single will also make an appearance, which was initially released in July. Other songs that will be on this forthcoming EP are “Swamp B*tches” featuring Rico Nasty, “B*tches Be” featuring J Stray, and “This B*tch Matters.”

”Official tracklist for She/Her/Black B*tch,” said Doechii on Instagram. Beyond grateful for all of the incredible talent!”

Doechii has had a very solid breakout 2022. She appeared on XXL’s 2022 Freshman cover, and was recently in former President Barack Obama’s Summer 2022 Playlist. Obama revealed that he’s been listening to Doechii’s  Persuasive single. That record was initially released in mid-March, and soon catapulted Doechii into stardom, throughout the rest of the year.

Check out the full tracklist for Doechii’s upcoming “She/Her/Black B*tch” EP, releasing on August 5, below.

Continue Reading
You may also like...
Related Topics:doechii, featured

More in Album Preview
Blueface and Chrisean Rock got into fight on Hollywood Blvd. [VIDEO]
Nicki Minaj denies rumor that she owes $173 million in back taxes, since 2016, after person who claimed to be Nicki’s former assistant spoke on it [VIDEO]