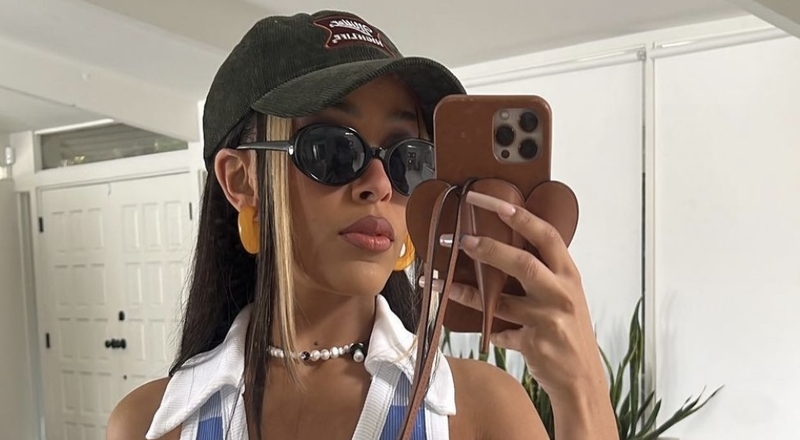 Doja Cat says next album will have more rapping in it

Last week, Doja Cat shocked her fans, by revealing that she needed to have tonsil surgery. That came after revealing that her tonsils got infected, before the Billboard Music awards. Doja revealed that some bad news would come, and that is that she would have to cancel her appearances on The Weeknd’s upcoming tour, as well as her scheduled festival performances.

“Hi guys. I wanted you to hear it from me first. Unfortunately I have to have surgery on my tonsils asap. The surgery is routine but the recovery is going to take a while due to swelling. That means I have to cancel my festival run this summer as well as The Weeknd tour. I feel horrible about this but can’t wait for this to heal and get back to making music and create an experience for y’all.”

In a new interview with Elle, Doja did reveal what fans can expect on her next album, though. She says that she will mostly be rapping on this project. This comes as many believe that Doja still isn’t considered a rapper, and is actually just a pop artist.

“I’ve rapped since the beginning, and I really couldn’t even sing that well to begin with — I got a lot better.” I use my voice as a tool to create these worlds, and it’s fine if people think that I can’t rap.”

As of now, there is no official title or release date, for this album. Hopefully, Doja can recover from her tonsil surgery soon, as well.https://www.instagram.com/p/Cd8hcPSLHmB/?utm_source=ig_web_copy_linkDoja Cat says next album will have more rapping in it

More in Album Preview
Taylour Paige previews upcoming “We Cry Together” video, with Kendrick Lamar
DaniLeigh denies rumor of her being pregnant again