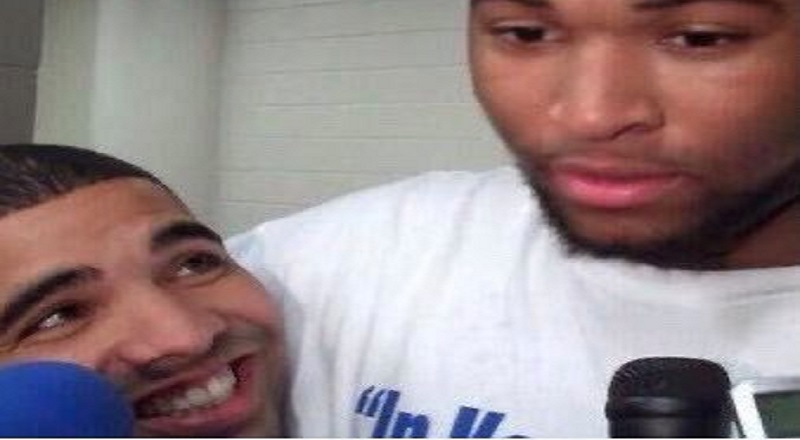 Drake gets called out for groupie behavior around NBA players

Drake is the most unique rap star in hip hop history. Every rapper has a story from their origins. However, Drake’s story includes his time on “Degrassi,” the well known Canadian teen soap opera. ‘Jimmy’ was Drake’s first claim to fame. As a result, many did not believe he could make it as a rap star. However, Drake came in and did more than defied the odds.

Drake won over almost all of his critics. However, there were many others who could not get over his teen actor past. Then, there were a large sum of people who looked at Drake’s current actions. During Drake’s rise to fame, the “Big 3” Miami Heat had just formed. As a result, many of his lyrics referenced them. This came in spite of Drake taking on his ambassador role with the Toronto Raptors. When LeBron James returned to the Cleveland Cavaliers, Drake purchased a mansion there.

Drake dropped his new album, Her Loss, with 21 Savage. On the album, Drake called out Alexis Ohanian, Serena Williams’ husband. With some harsh lyrics, Drake referred to him as a groupie. However, there were some old tweets dug up, where Ohanian subliminally dissed Drake first. In his tweets, Alexis Ohanian referred to Drake as a “deadbeat dad.” As a result, Drake came back with this diss. Unfortunately, the fans were not on his side, as they dug up photos of Drake hugged up with LeBron James and DeMarcus Cousins, thus making his actions comparable to groupies, in their eyes.

Drake gets called out for groupie behavior around NBA players

More in Hip Hop News
Lil Baby pays tribute to Takeoff, on Instagram, with throwback photo of the two together
Aaron Carter has passed away at the age of 34; Reports say he drowned in his bathtub