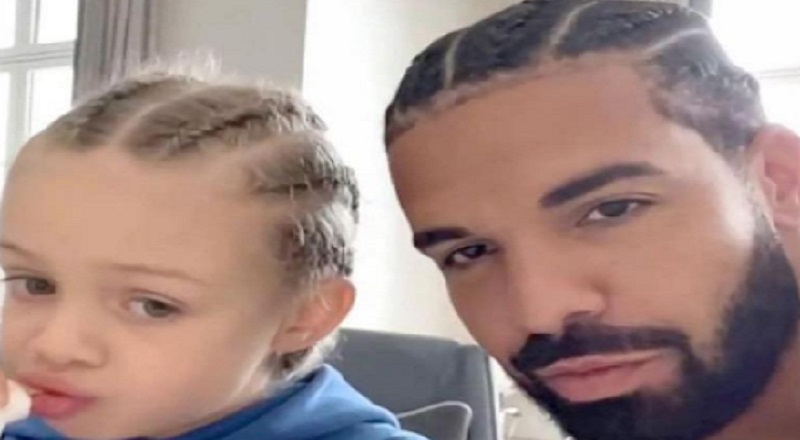 Drake has come a long way since he made his promise to not reply to disses. In thirteen years, Drake has become the most successful rapper of all-time. Yesterday, Drake signed a deal with Universal Music Group that is worth $360 million. UMG dropping nine figures on Drake establishes his success level.

Drake is not only the most popular rapper in the game, he loves the NBA. In 2013, Drake was hired by the Toronto Raptors to be the team’s ambassador. Since Drake began attending their games, the Raptors went from being one of the NBA’s worst teams to being champions. Last night, Drake was expressing his love for the NBA.

Drake commented under some NBA highlights about having a son go to the NBA. What Drake said was imagine having a son make it to the NBA and they become Ja Morant, LaMelo, or Lonzo Ball. A fan decided to troll Drake. The fan tells Drake his son probably plays with ghostwriters. From there, things escalated quickly. Drake told the man he just followed his girlfriend because she is probably miserable and needs excitement in her life. The man shared where Drake even left his wife a DM, in addition to giving her a follow.

More in Hip Hop News
SZA says the fans suck the joy and life out of everything and that she would not even do music if she didn’t accidentally fall in love with it
Man who tackled Dave Chappelle at Netflix Is A Joke Fest, identified as 23-year-old Isaiah Lee, and is being charged with felony assault with a deadly weapon